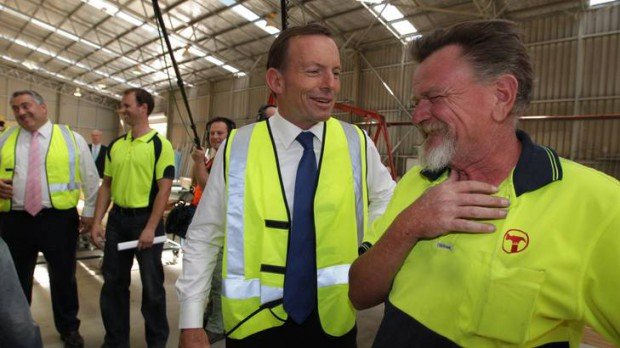 A couple of years ago I was in a car in the car park under St Marys Cathedral in Sydney (nearer my god to thee) when the car in front stopped.

His reverse lights came on.

I leaned on the horn.

In the midst of the blare, he reversed into me, bending my car and his a bit.

He got out, and he said to me:

“Sorry mate, I didn’t see you” is not a reason for an accident. It has no basis in fact. It is independent of the fluoro worn. It is half apology and half social lubricant. It’s being polite. In this case, it was explaining that he was sorry he damaged my car. And he probably was.

Using it as an excuse to make people more visible is stupid. If my Honda Accord had been painted fluorescent green, he still would have done it. He wasn’t concentrating, he was in a daze, people screw up. I have screwed up riding a motorcycle. People screw up driving cars.

The good motorcyclists avoid the car drivers that screw up. Sometimes. And vice versa.

On a Sunday last year, I got held up coming down Bellbird Hill on the Bells Line of Road because some guy on a cruiser had gone over the wrong side of the road and collected a 4WD on the front fender. It was his problem. He should have been on the left side of the road. I bet it ruined the day of the family in the 4WD.

He was lying on the road with bits of his jacket cut away while the ambulance guys tried to stabilize him and the cops tried to fix the traffic screwup. If he could have spoken, I bet he would have apologised just like the guy in the car park did, and made some stupid excuse, because he screwed someone else’s day up. It’s only good manners.

On the plus side, he concentrated the Highway Patrol presence wonderfully, and after passing the scene I got home at the pace of forty bastards.