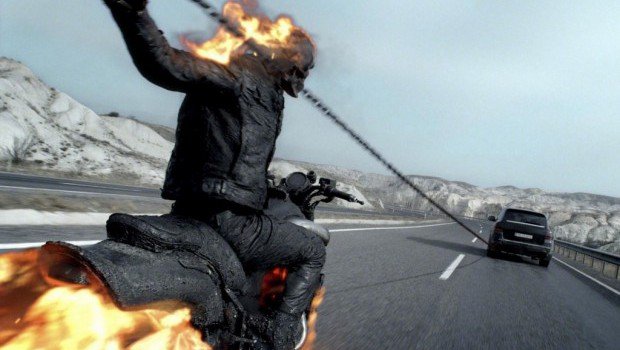 YOUR MISSION, AS A RIDER – SHOULD YOU CHOOSE TO ACCEPT IT

Bet you didn’t know you even had a mission when you bought a motorcycle, did you?

And it’s actually several smaller missions that dovetail into a single grand undertaking that will enrich your life, promote powerfully swimming sperm to blossom in your nethers, and make you devastatingly sexy all at once.

If you’re a female rider, your mission is pretty much the same, but it will have no effect on the effervescence of your sperm.

Now then, about this series of coalescing missions…

It behooves you, as a rider, to be a good one. A lot of important stuff depends on you being good at this riding business. Your health and well-being for one. And your sexiness for another. It is hard to be attractive to babes when you’re shitting into a plastic medical bag because you confused your ambitions with your abilities one afternoon. Sign up for riding courses. Do them a few times a year. Sure, they are not cheap, but they’re much cheaper than having to install wheelchair ramps in your house. Your riding has to be a constant improvement graph. You want girls to come to you because they’re hot for you, not because they feel sorry for you and the cup you’re rattling at them from your wheelchair. 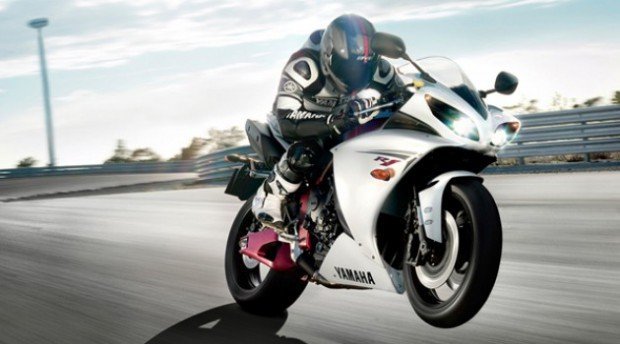 Yes, ladies, it is irresistible, isn’t it?

Know the road rules. But don’t ever rely on others to know them. It’s really not much good knowing you are legally in the right when a truck runs a red light and drives over you. Disregard every road rule on earth and every speed limit ever dreamt up if obeying any of them ever compromises your safety at any time. It’s always better to be tried by twelve than carried by six. Be ruthless and decisive on the road. Do not essay traffic or corners on your knees whimpering with trepidation like frightened lamb. 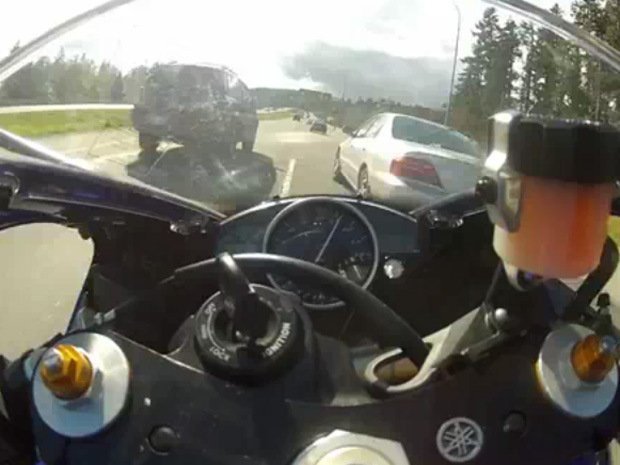 Do what you gotta do to stay alive.

Be sure that your bike is in good nick. If your chain is loose, and your tyres are old and harder than bathroom tiles, or your brakes are trashed and your suspension is on its way out, you have no business getting your Marquez on. Materials failure is rare on modern bikes, but you do have to put the bong down from time to time and kick the tyres a bit to see what’s what. 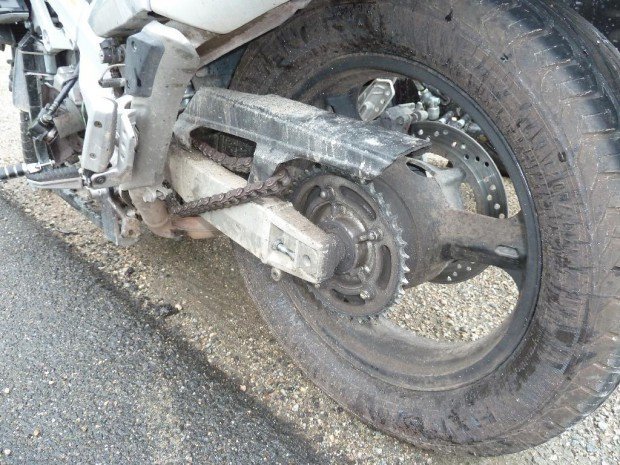 You’ll enjoy this so much.

Do not get sucked into the sex-vortex behind a better rider. This is rather more common than you think. And really good riders, with an evil streak, will gradually increase the pace until all of a sudden, you’re riding beyond yourself and straight into the traction ward, or the stem-cell research centre if it’s really nasty and fast. Ride at your own pace, no matter how much they laugh at you during lunch. Derision is easier to deal with than paying the neighbour’s kids $500 to wipe your arse each day. 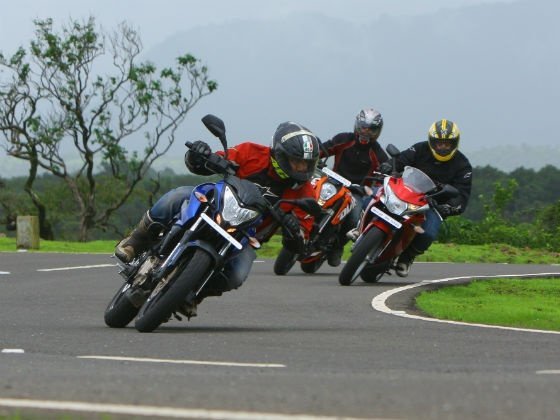 Do not skimp on oil or tyres. Be an idiot in other ways. 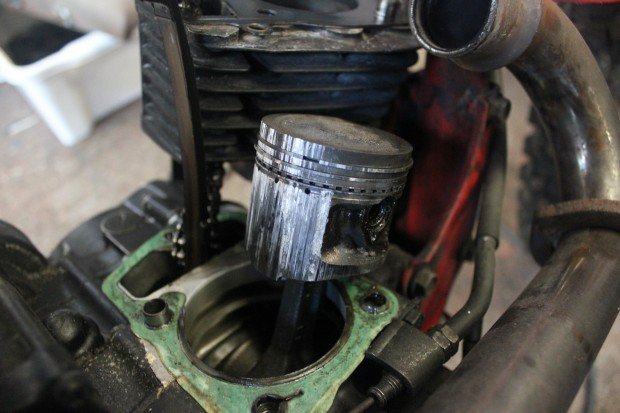 Never sell your bike to please your missus. Seriously, what kind of emasculated man-mouse does this? Yes, a new kitchen is important, but nowhere near as crucial as you lacing together a few fast corners on a sunny afternoon when your KTM is on song. Some women can be made to understand this with patience and bribery, and some will never grasp how crucial it is for the man to always retain a motorcycle. Chase these crazy bitches from the village and send them into harsh exile among the heathen. 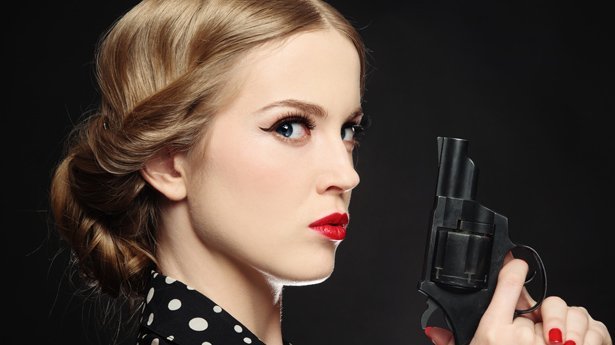 “Sell it, or I shall kill you in your sleep.”

Take responsibility for yourself and for your actions. This might be difficult at first, because there is a prevailing and false belief among the riding community that they are often blameless for falling off. Short of a plane falling on your head, or a stray Ukrainian missile taking you out, pretty much everything that goes wrong out there, you’re to blame for. You do not have to understand that at an early stage in your riding career, but if you’ve been riding for more than 20 years and you still think you’re not to blame for what happens to you on the roads, you are need of chemical sterilisation lest your dumbness be passed on to your offspring. 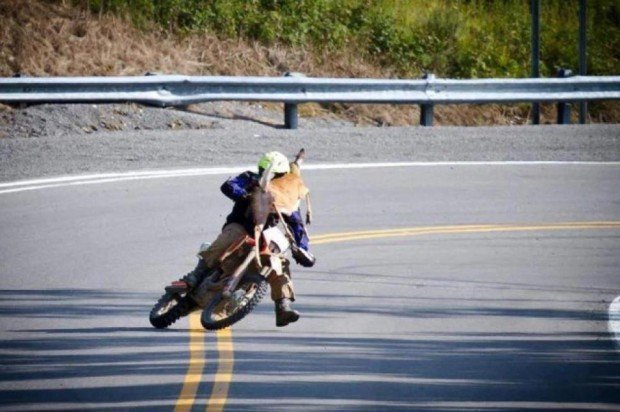 OK. God hates you and wants you gone.

Buy the best gear, not the cheapest, but don’t imagine it’s going make you a better rider. And don’t think for one second any gear, no matter what you paid for it, is going to protect you from impact and crush injuries, which are the really nasty ones that hurt the most and make you bleed out of your pancreas. Remember, it’s all passive safety gear, and all it’s really going to do when you come off is maybe leave you with a few less horrible skin injuries. But it’s no substitute for not falling off. Don’t fall off and always try to look stylish. Even if you ride like circus clown. 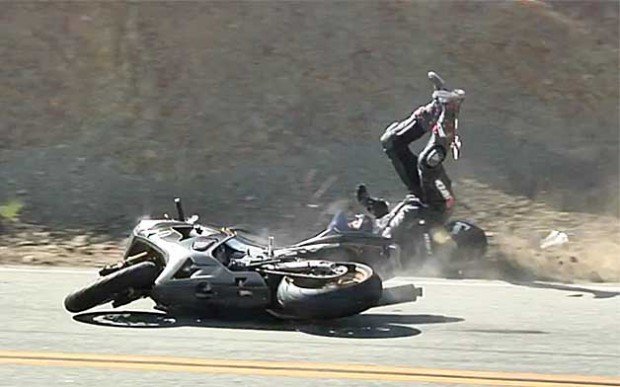 It’s nice to crash in gear that matches your bike.

Accumulate motorcycles. This is important. A rider can never have too many motorcycles. Yes, it’s true that they take up space and you’ll gouge open your shins when you squeeze past them in the shed, but selling them in order to buy other motorcycles, while vaguely justifiable, is really a zero-sum game. And one that will fill your life with regret. 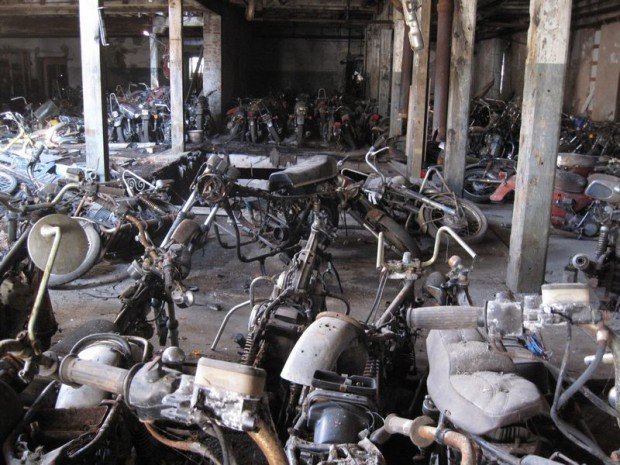