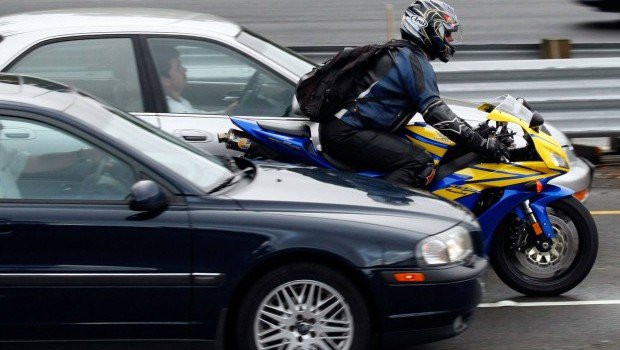 I’m gonna get a bit sweary here. So if you’re all sensitive and Christian and shit, fuck off now and save yourself the butt-hurt.

Just the other day, the Victorian opposition came briefly to its senses and advocated the introduction of lane-filtering in the state.

Even that goose-stepping junta up in Queensland is considering the matter, though it’s a fair bet Reichsfuhrer Newman is only scrabbling about for something positive he can offer motorcyclists as his vile government looks to be flushed down the shitter at the next election. 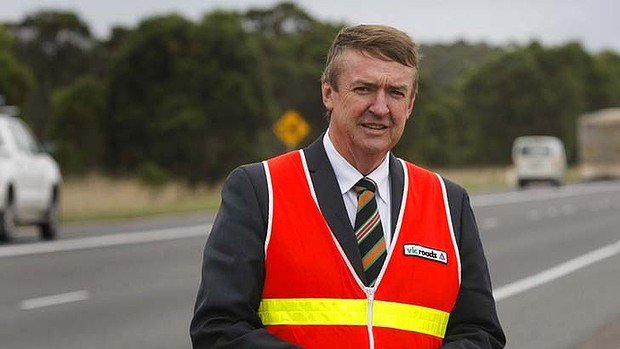 Perhaps if you stood in the middle of the road with that thing on it would useful?

But not in Victoria.

Not only has the state government introduced compulsory fluoro for L-platers, despite hard scientific evidence that there are no safety benefits in riders wearing hi-vis clothing, it has now decided that because three people in the last decade have died (maybe) as result of lane-filtering, it’s not having a bar of it.

The resplendently odious State Transport Minister, Terry Mulder, in a statement of apocalyptic retardation said: “Given the fact it’s proven to have killed people in the past, I’m not sure how many seriously injured, I couldn’t on the back of that recommend that practice.”

Mate, are you fucken serious?

How can someone who has been elected to office make such an idiotic statement?

Not only is there actual scientific research that demonstrates lane-filtering provides a benefit to the traffic congestion we’re all choking in, but it is actually safer for riders to do it.

We do it as a survival mechanism, you drooling moron! 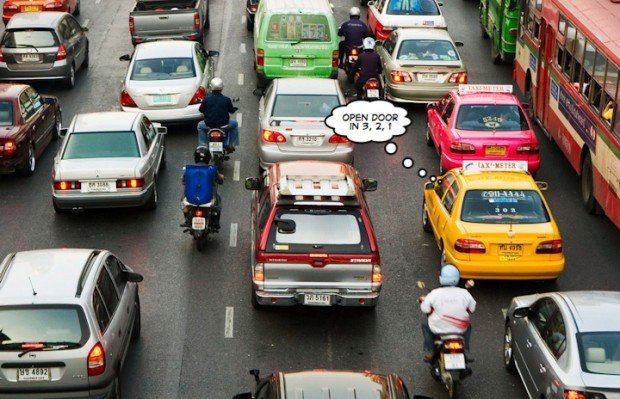 We do it because we don’t wanna die under the front-end of some non-attention-paying driver-fuck your government keeps sending out onto the road.

And we have always done it and we shall always keep doing it. Because as far as I’m concerned, it my responsibility to keep myself alive on the roads and I will ride at whatever speed and in whatever fashion I feel, as a rider of vast experience, will ensure my survival.

That you, a minister (of Transport, no less), cannot grasp this, is shameful.

Fast food, alcohol and cigarettes kill more of your stupid electorate than fucking cholera each day, and legions more than lane-splitting ever could.

More of your despondent voters off themselves in despair each year than would ever die filtering to the front of a line of traffic on a bike.

More spastics fall off ladders cleaning their gutters and break their necks than have ever died or been injured while lane-filtering.

I do not see you banning ladders or gutters or Maccas or durries or VB or suicide.

The recommendations of your own Road Safety Committee reckon lane-filtering is a good thing.

Because three people might have died from it in ten years?

Are you really that cerebrally damaged, Terry?

How is it possible that you could be that much of an pee-hole? 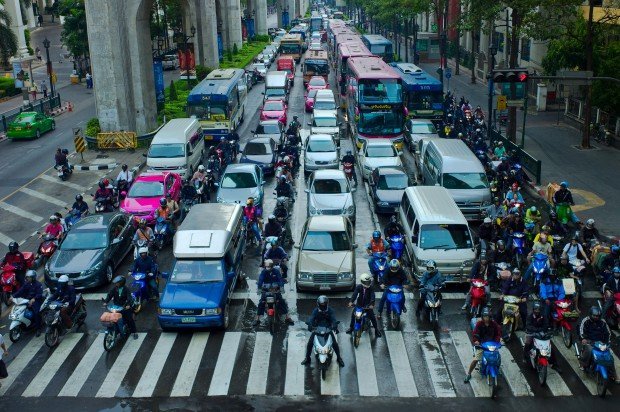 Bangkok – and enlightened democracy. Unlike Victoria.

How is it possible that you would seek to make such personal absurdity public? One would think that you might wanna keep such dumbness to yourself.

Don’t you understand that your position only serves to fuel driver hatred for us?

Don’t you understand that your position endangers us?

Can you not fucken grasp that people like me are gonna lane-filter anyway?

I know perfectly well that your government despises motorcycling and is working towards making it non-viable in Victoria. I don’t blame you there. After all, I know full well what kinda self-appointed tip-rats masquerading as motorcycle lobbyists you have been dealing with down there. I hate them myself.

But given the science and research that contradicts your position on lane-filtering, you’re just being stupid about this.