MEANWHILE, IN THE HIGH COURT…

There are many things that bring great satisfaction. For some it’s spending time with family, for others a quiet ride through the hills. And on 2 September 2014, for thousands of Queenslanders, unable to spend time in public with family, or ride through the hills in more than a pair, the satisfying moment was hearing the Government-appointed lawyer confirm to the High Court that Newman and Bleijie were wrong.

How could this be?

Surely Newman’s own Government representative would not say Newman and Bleijie were wrong? An expert in the law, paid to protect the interests of the State, would surely not contradict the Premier and Attorney-General?

And yet he did.

In a gloriously clear exchange between Justice Virginia Bell and Queensland solicitor-general, Peter Dunning QC, Dunning confirmed to the High Court that if two other bikies attended the High Court at the same time as Mr Kuczborski, knowing the others would be there, they would be breaking the law and subject to a mandatory jail term.

This probably won’t come as a surprise to most. 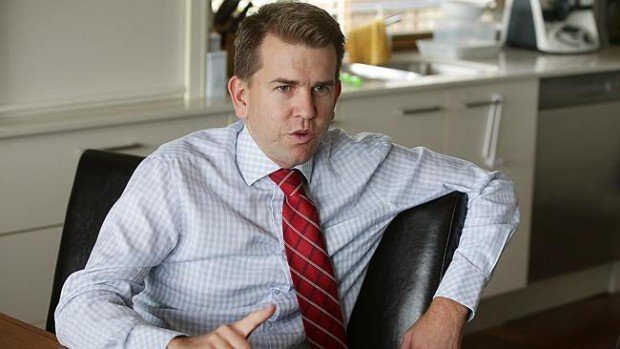 “No. I don’t know. Anything. About anything.”

A basic reading of section 60A of the Queensland Criminal Code makes it absolutely clear that this is the case. There are no exceptions listed in the Code and this was confirmed by Detective Superintendent Mick Niland in a written Q&A in the Brisbane Times on 13 February 2014.

Yet both Newman and Bleijie, in a desperate attempt to heap ridicule on anyone who criticised their ‘war on bikies’ went out of their way to insist this was not so.

Earlier in the year, Hannay Lawyers, a respected Queensland law firm, advised their clients, who just happened to allegedly be participants of a declared organisation, not to front up to court together, as they may be in breach of the anti-association laws and subject to arrest.

In a vicious and scathing attack, Newman slammed the advice and accused lawyers of being deceitful. He went on to say,

“These people are hired guns. They take money from people who sell drugs to our teenagers and young people,” he said.

“Yes, everybody’s got a right to be defended under the law but you’ve got to see it for what it is: they are part of the machine, part of the criminal gang machine, and they will see, say and do anything to defend their clients, and try and get them off and indeed progress … their dishonest case.”

Naturally, Hannay Lawyers took offence to the imputation they were acting criminally by simply doing their jobs. Other lawyers also took offence, prompting Attorney-General Jarrod Bleijie to assure the Queensland legal fraternity that it was a ‘specific matter’ Newman was referring to, and not all defence lawyers were criminals.

It was widely reported, not only at the time but in the following months, that the ‘specific matter’ which prompted Newman’s slanderous words was the advice from Hannay Lawyers that three or more bikies should not attend court together, as to do so would violate the law.

But who was right?

It could not possibly be both Hannay Lawyers and the team of Newman-Bleijie.

How were the anti-association provisions, a new criminal offence with a mandatory prison term for violation, be interpreted?

Hannay Lawyers, being experts in the law, stood their ground and lodged a defamation action against both Newman and Bleijie. They maintained that accusing them of being criminals for simply advising their clients was a slur on their reputation. 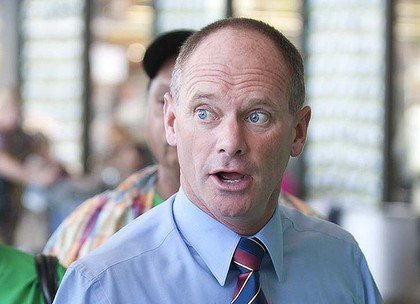 “No. I don’t know anything about anything either.”

And Newman and Bleijie, in the typically childish fashion all have come to expect, responded by accusing Mr Hannay of contempt of the Magistrates Court and professional misconduct for advising bikies to stay away. They claimed the advice ‘constituted an attempt to interfere with the administration of justice’, an offence punishable by up to three years in jail.

And thus we come to the glorious, yet awkward exchange between Dunning QC and Justice Bell:

MR DUNNING: Because they would not be meeting or gathering, firstly. They would be answering a lawful compulsion to attend.

BELL J: I am not suggesting that there is any subpoena. I am suggesting that, out of interest, two persons – members of Hells Angels – in addition to the plaintiff, knowing – each knowing – that the other was going to be attending were present here in this Court which one would think would be a public place, why are they not committing the offence which attracts the mandatory penalty?

MR DUNNING: I am sorry – I misunderstood your Honour’s question. It would depend on what they did. If they met or gathered and if they did so to participate in the affairs of the organisation, then they might, so if –sorry. Can I start my answer to that again, it was poorly expressed. No. In the event that they were alive to the fact that other members who would meet the definition of “participant” was going to be present in that public place, then they may not go there.

BELL J: So that two other members of Hells Angels may not attend this courtroom knowing that the plaintiff is present if the plaintiff attends.

BELL J: And, if they do, they commit the offence to which the mandatory penalty applies.

MR DUNNING: Yes, your Honour, that is correct.”

This is a very clear admission from the Queensland Government’s own legal expert that the anti-association laws, the ban on knowingly being present together in public, apply in court.

Of course this raises serious questions: If three accused bikies are subpoenaed to appear at court together, at what point would they NOT be breaking the law? At which point and what law would take precedence? Would it be the Bail Act, which would require the accused ‘participants’ to appear, the inherent power of the court to regulate its own proceeding, or the new anti-association provisions?

Regardless, it has become overwhelmingly clear, documented in the High Court transcript, that Hannay Lawyers advised their clients correctly. And both Newman and Bleijie were wrong. 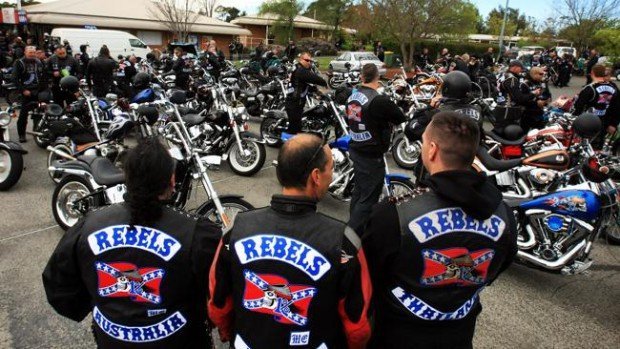 Not much disbanding going on here.

It is most disturbing that the architect of the laws, and the leader of the Government who passed them, do not understand the full implications of the very laws they promote.

And even more disturbing that these so-called representatives of the people accuse those seeking and sharing the truth, of spreading ‘lies, deceit and misinformation’.

Despite this clear admission from the State of Queensland that there are no exceptions to the anti-association laws, there is no guarantee the laws will be struck down. The High Court has reserved its decision in the case, and the date for a decision is not known.

But in the meantime, Queenslanders can confidently assume that when Campbell Newman goes out of his way to slander, vilify and ridicule a person or group, he is almost certainly in the wrong.