This was a great idea. A short film festival about, by, and for motorcyclists.

Each film had to be seven or less minutes long, and maybe feature some Sydney landmark.

The brainchild of Andrew Lee and Greg Ferraina, the blokes behind the Sydneys Riders Facebook page, the more I thought about it, the more I liked the concept.

Here was an event for motorcyclists that did not include a bike show, a stunt show, or a wet-T-shirt show (though the latter is always something the world needs more of), and probably best of all, given the stingy povo status of much of the motorcycling community, entry was free.

The venue was the carpark of Motorcycle Accessories mega-store in the Sydney suburb of Auburn. So it was just like one of them white-wine-sipping, cheese-munching toss-fests that spring up in nice parks, but with less wine, cheese and toss. 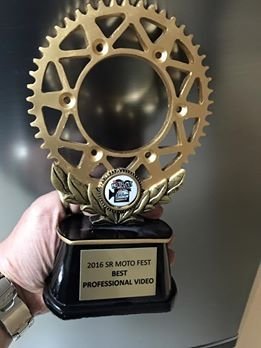 There was a big inflatable screen, seating for 400 and a range of mobile food vans churning out some quite excellent tucker.

I was asked to be one of the judges, which was very flattering, but since I also planned to enter three films on behalf of BikeMe!, I explained that I would have to recuse myself from judging my own stuff. Otherwise, just send me the prizes now and be done with it. Besides, how am I meant to bribe myself?

So apart from me, the judges were Michael Strano (the producer at Fox Sports who brings us the MotoGP telecast), Kevin Magee (former MotoGP racer and now MotoGP commentator on Fox) and Stephen Broholm, who is one of the blokes behind the Distinguished Gentleman’s Ride and Throttle Roll. But the most qualified and venerable judge of them all was Chris Godfrey. Chris is serious Hollywood. Nominated for two BAFTA awards and having won a slew of other film prizes, he is the visual effects genius behind Lord of the Rings, Moulin Rouge, Australia, The Thin Red Line, Babe, and many other top-shelf Hollywood productions. And has just finished doing Hacksaw Ridge with Mel Gibson. So there was at least one seriously credentialed judge at the table. 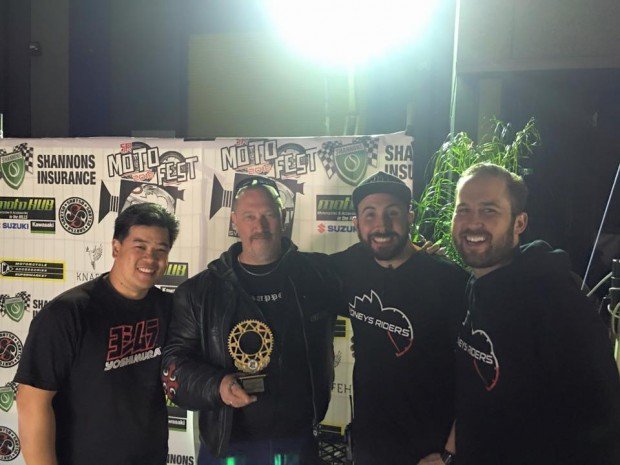 About 200 people turned up, and while a few displayed immense rudeness by leaving in the middle of the film-showing, rev-bombing their LAMs bikes like petulant twats, the rest of the crowd was treated to a wide variety of short films – some by amateurs and some by professional production crews. Oh, and BikeMe! which is not a professional production crew, and consists of three blokes, one of whom has a DSLR and an editing program on his laptop.

Some of the films were dreadful. Some were excellent. That is the nature of short film festivals. But what was unique and will hopefully grow into a regular annual event, was the concept itself. One thing is for certain, the people who entered this year will certainly lift their game next year. 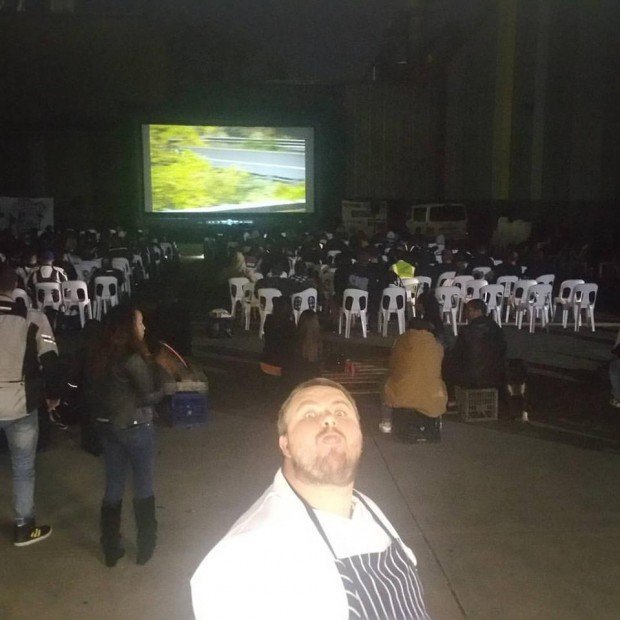 This is John, from Wholly Schnit, purveyor of superb schnitzels.

Hopefully, some of them will realise that a good short film needs more than just dirtbike stunts and top-notch production values.

BikeMe! scooped the professional prize pool, winning first, and second and coming equal third with an offering from the Sydney Café Racers. This made me very happy as you can imagine, and made Dan (camera and editor) and Boon (producer) even happier – which was good, because they were so gloriously drunk, having them sad was not a good thing.

Greg and Andrew had worked very hard to produce the event, and relied on lots of volunteers from their Facebook page to make it work on the night. And it did, and they are to be congratulated.

THE FILMS AND THE ORDER IN WHICH THEY WERE SHOWN

Professional (as defined by Chris)

Oh, and here’s the film that won