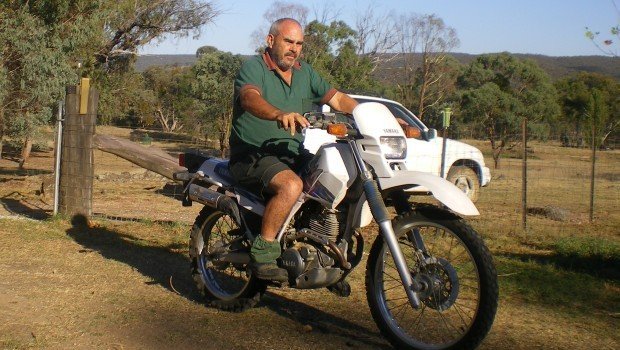 I just came back from a couple of days camping at my brother Ben’s new place out west. I took a battery with me, and we got his old Yamaha XT225 going.

I took it for a test ride and rounded up some goats, did some hill work on one of the dam walls, and did a couple of circuits of the fence line of the front paddock.

“I reckon it needs three things to improve it”, I said to Ben after this. “Get rid of the mirrors, get rid of that keyring thing that makes a noise every time it hits a bump, and put the standard countershaft sprocket back on.”

An hour later, Ben said “I’ve removed the mirrors from the XT.”

“I haven’t looked back.”