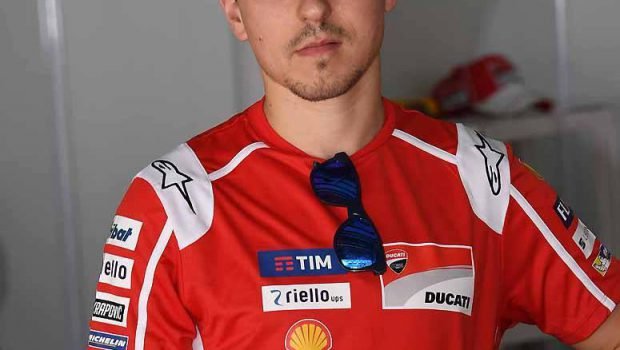 Gracias for your letter…

Gracias for your letter the other day.

I understand how important my being here is for you.

I would like you to know I know this.

As I said, and you would do well to remember this, because I said it: “Begin with positive criticism.”

So I will begin to tell you that Dovi has eyes that are too sad. He must stop looking at me.

So, OK. I think it is positive if I am not the Black Mamba anymore. I will be the Red Mamba, si?

Because Ducati is red and not black, but I am still the Mamba.

Dovi can be the Sad Mamba.

So you remember when I said: “To have a goal without effort is a dream. To make an effort with no goal is a nightmare. I work in my dreams.”?

Don’t make me explain it to you, OK? I know Gigi understands this.

That is why he said to me “I am dreaming” when I said to him that everything is Lorenzo Land in in 2017.

I tell him, “Gigi, listen.” And when he was listening, I said to him: “You don’t have to be great to start. But you have to start to be great.”

Gigi went immediately to another room to think about this.

So I follow him and I say to him another famous thing I have said. I said, “Gigi, the idea here is simple. If you can dream it, it is possible.”

Gigi straight away got into his car and drive away to think on this and maybe he is dreaming things. So I am having a positive effect on him.

And I will have a positive effect on Ducati, because I have dreamed it.