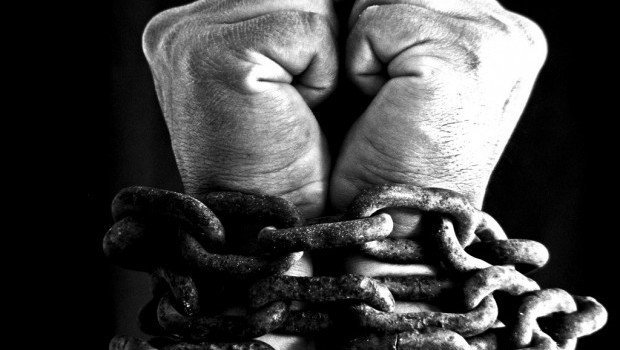 The first day of July, 2014 marks the final death of freedom in Queensland.

After months of vilification, Government endorsed police harassment, and a ban on association for any person with any conceivable and tenuous links to Jarrod Bleijie’s personally devised list of socially undesirables, the circle is complete.

From the first of July, 2014, the final draconian law in Campbell Newman’s suite of morally and ethically repugnant Acts, will see innocent Queenslanders lose their livelihood, and the right to work in their trade or their chosen profession.

No evidence of criminal activity is required.

No proof of involvement in crime.

It would make a beaut Starbucks.

All that is required is that the police allege you have some kind of link with one of the Outlaw Motorcycle Clubs arbitrarily declared by the Newman Government in 2013 to be a ‘Criminal Organisation’.

And there is no get-out-clause, no opt-out provision. And no right of appeal. Those impacted by this gross infringement of their right to seek gainful employment will not be privy to the information held against them.

And so Campbell Newman will have successfully ostracised and criminalised an entire sub-culture.

It is not the Government’s place to interfere in social activities, or pass judgement on friendships or the job choice you make when supporting oneself and family – provided a person acts within the law. Yet here we see, in the twenty-first century, in a time of peace and prosperity, an Australian State Government is doing just this.

And doing it with the full support of much of the public, elected representatives and the Police Service. 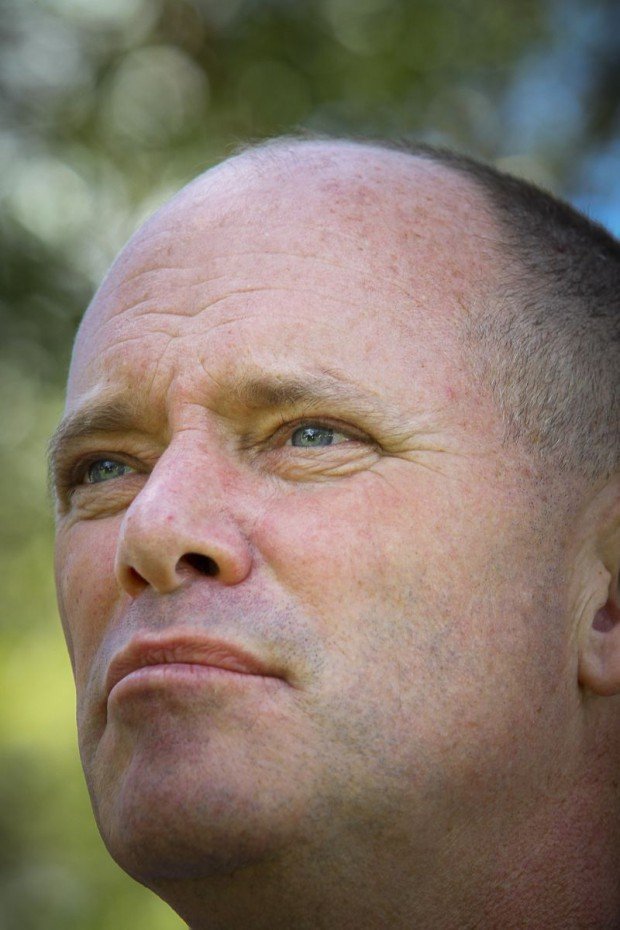 “Freedom. I can see it from here.”

Newman has successfully created a two-tiered justice system. One which only affords the protection of the law to the privileged.

But Newman and his cohorts, make no apology for destroying the very fabric of our society.

If you have done nothing wrong, you have nothing to fear.

And so, innocent Queenslanders, who have done nothing wrong, but are subject to an unproven assertion by the police that they are linked to a banned motorcycle club, will no longer be able to work in building, construction, tattoo parlours, used car industries, security and any related field.

The police have still to point to data or evidence or publicly available information that will support scrutiny, to show why denying innocent people the right to work, is necessary.

The Government has not yet answered how depriving honest people of their livelihoods will stop criminal activities. 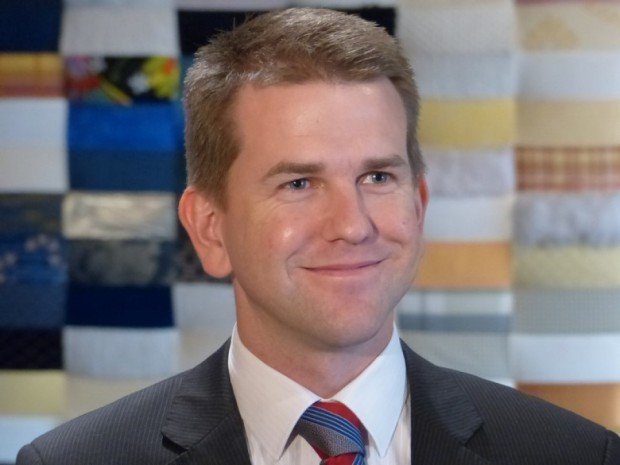 His work here is done.

All they have been able to provide are unsubstantiated, unproven and emotive-laden allegations.

Police Minister Jack Dempsey, Premier Newman, Attorney-General Bleijie and various police spokesmen have all had their say on the alleged nefarious activities of the so-called bikies and their associates: they sell drugs to children, they demand sex with honest businessmen’s wives and now they drug and rape children in their clubhouses.

If these allegations are true, there is not one person who wouldn’t want the perpetrators dealt with to the full extent of the law.

Yet the police have still not arrested anyone for these crimes. No one has been interviewed. They have simply smeared a sub-culture with abhorrent, offensive and vile allegations, dressed up as fact.

The Rule of Law, which underpins Australia’s legal system, states that all must be equal before the law, all must be entitled to the presumption of innocence and a fair trial.

But if you’re a bikie, or associated with a bikie, or look like a bikie, there is no presumption of innocence. You will lose the freedom of association, the basic rights afforded to all others at law of a fair trial, and to have evidence of wrongdoing presented in a court and the chance to contest it.

You will no longer have the right to work in your chosen occupation.

From the first day of July 2014, many innocent Queenslanders will no longer have the same freedoms as other Australians. The police have publicly stated that there are over 1000 fully patched members of Outlaw Motorcycle Clubs in Queensland, and a further 3000 or so associates. They expect this number to be greater. They are actively seeking others to include in their category of ‘participant’ in a declared organisation.

In an interview on ABC radio this week, Walter Sofronoff, Queensland’s ex Solicitor-General; the State’s highest and most respected legal adviser, the man who was, until his sudden resignation earlier this year, Bleijie’s right-hand, confirmed that Jarrod Bleijie himself drafted the laws to include a broad range of people – the children, parents, partners, innocent workers who had simply provided services to clubhouses or events hosted by bikies. 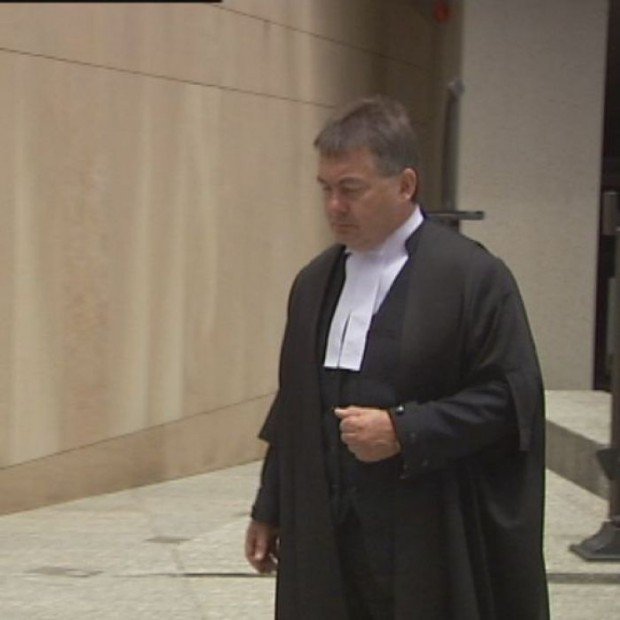 Walter. It was not his doing. None of it.

Tens of thousands of people may be subject to Newman’s absurd laws. Tens of thousands of Queenslanders run the risk of mandatory jail for hanging out in public with their family and friends, loss of security in their job. Forever fearing an allegation of association will be made. An allegation which will see them deprived of their basic freedoms and internationally recognised human rights.

The Queensland Government aren’t concerned with stopping crime. Despite their assertions that the laws are working, that crime is decreasing, that more complainants are coming forward than ever before, their goal isn’t to stop crime. Despite the police best effort, bikies and associates are still only allegedly responsible for one per cent of crime.

If the laws work so well, and the Government is so keen to stop crime, why haven’t other organisations been made subject to them? If the existence of the laws encourage complainants to come forward, as police suggest, why haven’t religious organisations and institutions, proven to be perpetrators of child sexual abuse, been added to the list?

Why don’t the laws apply to everybody?

Every year, thousands of women are sexually assaulted, abused or murdered by their husbands in Australia.

Every year, thousands of children are molested, raped and abused by family, friends, teachers, priests, upstanding members of the community that are meant to protect them.

Because fundamentally the laws are wrong. They are not about stopping crime. Newman’s laws are about social control. They are about instilling a fear into the public that if you step out of line, depart from socially acceptable conformist views, you will be targeted. You do not have to be involved in crime, you don’t have to have any previous record.

You will be judged on your friends, your family and what you wear.

And so, the first day of July 2014, marks the death of freedom in Queensland.