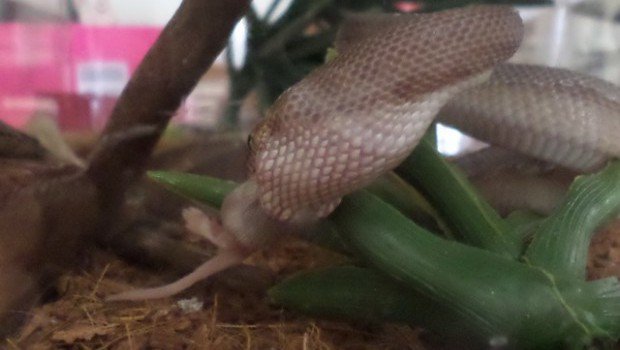 The girl-child was agitating to be allowed to keep a pet. We live in an apartment, which limits the options. “I’ll get you a snake if your mother agrees”, I told her. She presented a logical argument to the distaff side. “We could get a cat”, she said, “but you’re allergic to them and would come out in a rash, and dad might shoot it in the face.” Then she made that neglected child face, and I bought her an Antaresia python as an early Christmas present the following Wednesday.

We fed it on the Saturday. It was pretty pissed off. It was shedding its skin, which apparently makes it irritable and unapproachable for a week a month, and it struck at me a few times. I figured it was a metaphor for life, and let it pass me by; and we watched the serpent dislocate its jaw and work its fuzzy dead mice down to its stomach by contracting the muscles behind its head.

I first did this as a schoolboy in the seventies, on a 125cc Yamaha two-stroke. It was a blast from the past, and pleasant to ride through rolling hills in top gear on a massive 1900cc power cruiser. The XV1900’s ground clearance is pretty good, considering, and I even had a bit of fun on the tight bits. From the Princes Highway I cut across to Picton, and stopped for a beer at the Picton Hotel. A guy on an R1 wanted to talk about the bike. I told him I didn’t usually ride a cruiser, but that the 1900ccs and the wheelbase and the fat rear tyre meant every traffic light start was a win. He said he thought he might get something like that when he was older and his R1 was too uncomfortable.

“They’re not about comfort”, I told him. “If you want to do it, do it now. When you ride one of these, the angle of your thighs to your spine is less than ninety degrees. You are a windsock. Your lower back hurts even before you hit a bump. Ride one while you’re young.”

I headed home, via places I used to mark on NRMA maps in the days before GPS: Menangle, Oakdale, The Oaks, Burragorang.

I got home and told the girl-child she had to come down and see the massive motorcycle I was riding. She came down to the basement car park, and I opened the garage.

She looked at it in all its grey magnificence. She stroked the custom Matzi seat.