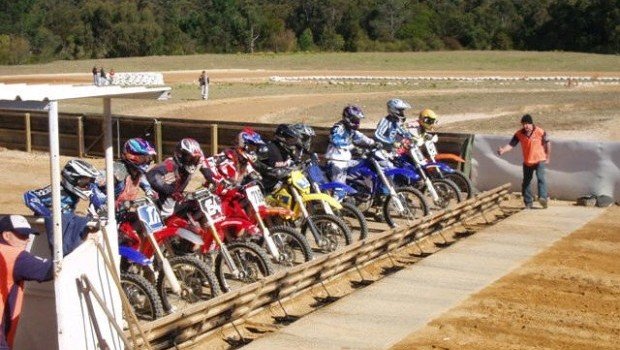 It was a lovely day on Sunday and we got to Somersby Dirt Track early.

Not many bikes there, so I was quite confident it was going to be a nice low key event that would afford me the chance to get some much needed experience without any pressure.

It took all of 15 minutes for the pit area to fill to capacity with all the latest motocross and enduro weapons available.

Suddenly my poor Husaberg didn’t look as competitive as I had first thought.

The day got started with the usual mundane tasks to complete: entry forms to fill in, quick shade to erect, pit area to set up etc etc. 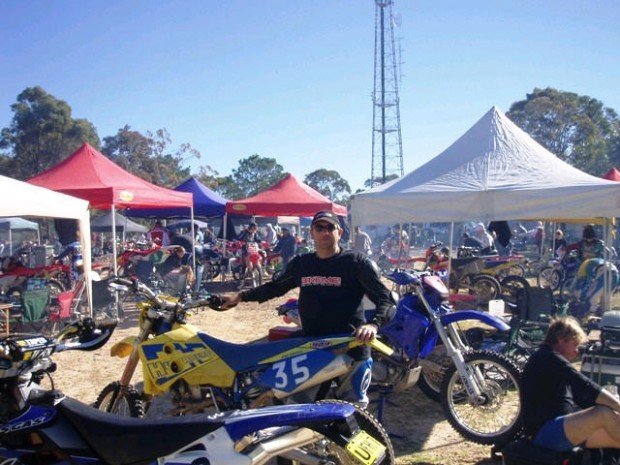 That done it was time to walk the track — which didn’t take long.

Then, the rider’s briefing. Pretty relaxed.

Time to get ready for practice. Check bike, all good there; gear up, clean goggles, try not to take too much notice of the competition’s machinery, jeez they look hot, hope they can’t ride as good as they look.

The number of kids riding was amazing, 4 year olds on QF 50s, then 7, 8, 9 & 10 year olds on modified Kwaka KX60s with underslung expansion chambers and stretched swing arms and from then on it was all the other junior classes with some serious looking two and four stroke machines up to 250cc.

We watched them all go round the track and they looked scary fast. Some of the older kids (there were girls riding too) were flying and looked spectacular.

The administrators added a dogleg section to slow everybody down in the morning’s racing which got chopped up pretty quick but was fun.

My first race was called. I sidled up to the gate not knowing exactly what to do, so I thought I would just watch the first lot go out as there was enough in my formula for two complete grids.

Then a lady passed me a clothes peg with a number on it and ushered me through into the holding area for the first race. I tried to protest but too late, then I checked out the other guys in my race. These guys had full speedway suits on and special boots with steel soles. I started to look around whimpering to myself “Help me help me”, then we were at the starting gate lined up so tight our bar ends were touching. 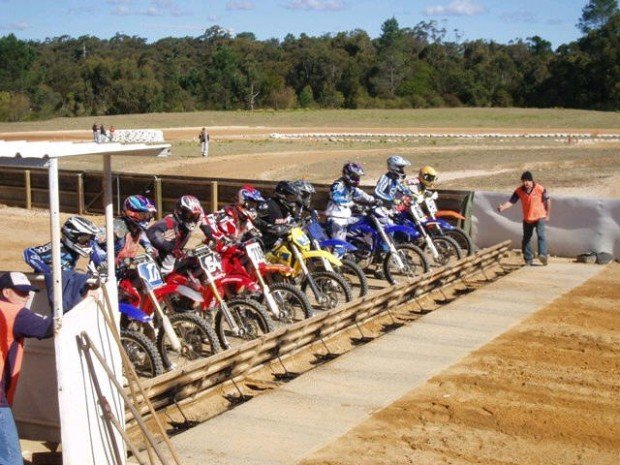 “…lined up so tight our bar ends were touching…”

All eyes down on the starting gate, hold high revs, deep breath, BANG down the gate went and wallop my left elbow got whacked so hard my hand came off my handlebar. Bastard. By the time I had regained control I was way back. These where the really really fast blokes (as apposed to just the really fast blokes). I went hard but totally out of control trying to hard to gain on the pack, third lap and I passed one, at least I am not last. 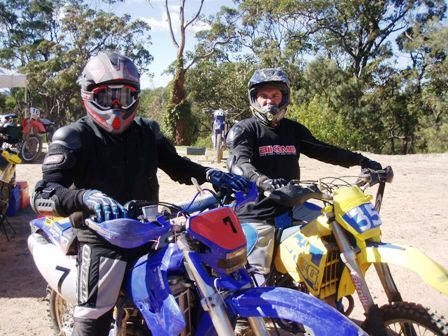 Checking out the competition…

They were only 4 lap races. I was disappointed when we were told this at the beginning. Four was plenty it turns out. Gasping for breath I made my way back to the pits thinking I have got to put some real thought into this. It’s a damned site harder than it looks.

As the day went on I got faster and faster and made sure I stayed away from the pros but they were all fast. I concentrated on just getting faster but in a four lap sprint you don’t have a hell of a lot of time to sort out where you can make time, and it’s hard to analyse where you were slow because it all happens so quickly. 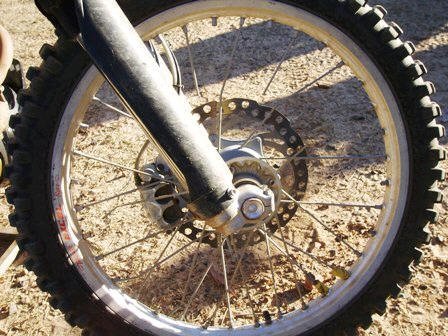 The afternoon came and we were on the full oval. This was a lot better, you could really get to grips with the speed into the corners, and I found it was just a case of he who backs off first is slowest.

I did a lot better in the next two races but still didn’t get any places.

I thought it was all over and went back to get my gear off when I got called for another race. I quickly got my stuff together and fronted up at the start line with the rest of the mean hungry eyed astarads and waited for the gate to drop, knowing at this point that getting a good start was the difference between winning and losing.

BANG away we went again and I got hit hard from my left then hit hard from my right and back to my left. By this time we were flat out in third and heading into the corner but there was something wrong. I had no control. I couldn’t turn and I was tangled with two other bikes. 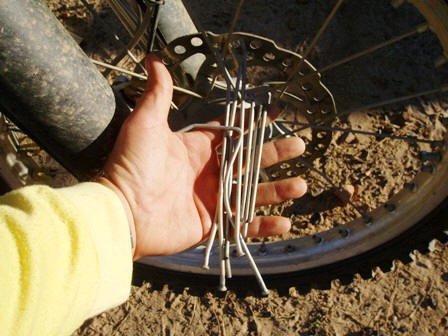 “Here’s your problem. Why, this watch is full of wheels!”

Not good I thought, but not prepared to give any ground I kept the throttle open. Still no control. For what seemed like an age we were stuck together but none of us were backing off, then suddenly we broke free of each other and at that point I knew something was really really wrong.

I watched them speed off down the track with envy as I wrestled my uncontrollable bike to the edge of the track, dumped it by the barrier and dived over it to safety.

In the tangle a foot peg from the bike on my right went through my front wheel and snapped 18 spokes.

Believe me, you can’t ride a bike with 18 spokes missing. I tried. I failed and I ran to the sanctuary of the barrier.

This sport has a hell of a lot in common with Roman chariot racing. Big oval dirt track, lots of horsepower, two wheels and the necessary armoury to take out your opponent’s wheels.

Would I do it again?

It’s really hard to describe it so you will just have to get out there and give it a go yourselves.

What did it cost?

You need a suitable bike (any motocrosser or enduro type machine of any size will do). You need a couple of hours in the shed taping up the lights, removing the mirrors and side stand and anything you don’t want broken. You need a soft trials tyre for the rear (one of these will last for a couple of years depending how competitive you get, they cost about $100.00 for a good one).

If you have an MA license like me it will cost about $40.00 for the days racing, if not most of these events have day licenses available for about $40.00.

And you need 8 litres of your favourite combustion juice.

Until the next time,