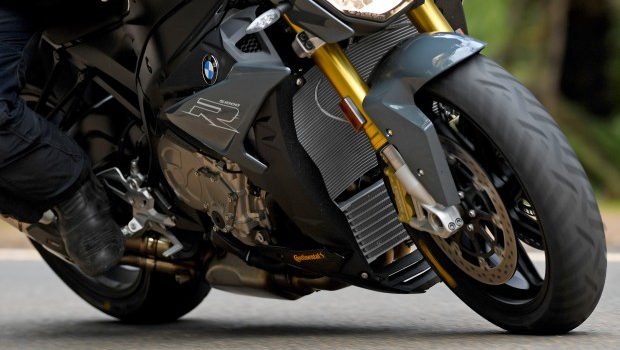 Motorcyclists are weird about tyres. I am no exception. I get a certain brand into my head and I’m like some OCD mutt…no other tyre is as good, no other tyre is ever even to be considered, I know what I know because all my friends agree with me, and so on and so forth.

It’s a little bit shameful because the tyres we get today are all pretty damn good.

Has that stopped me from going through a Pirelli phase? Nope.

Has it stopped me having a Dunlop obsession. Not at all.

Has it made me consider something other than a Michelin? Not a chance. 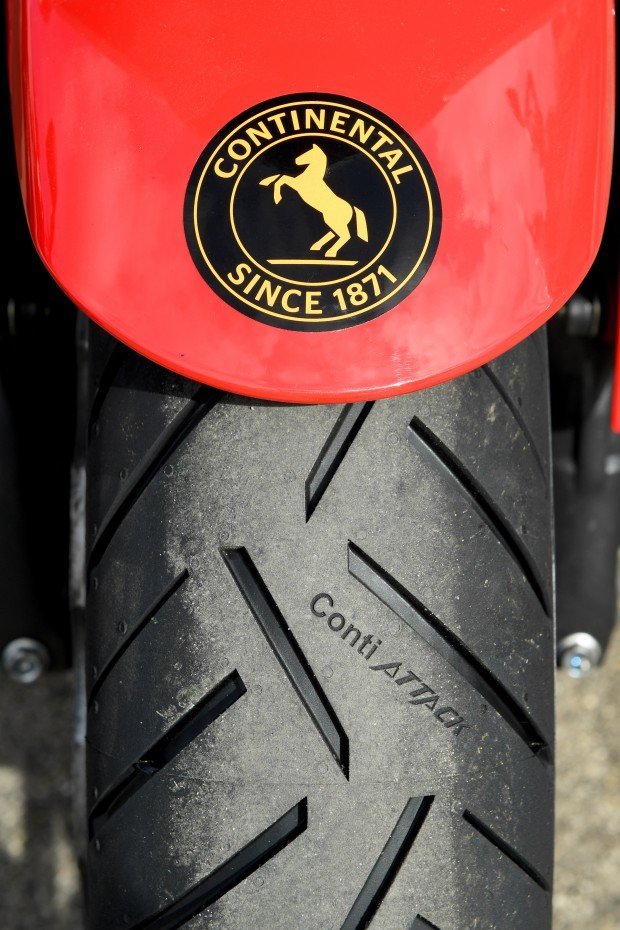 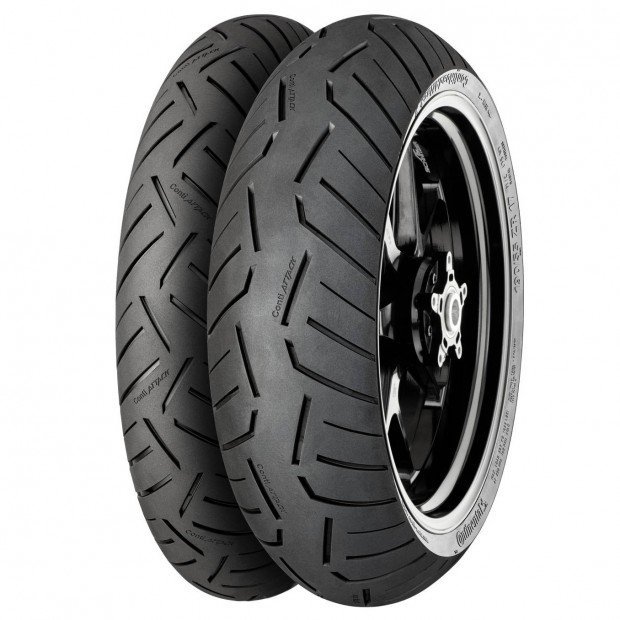 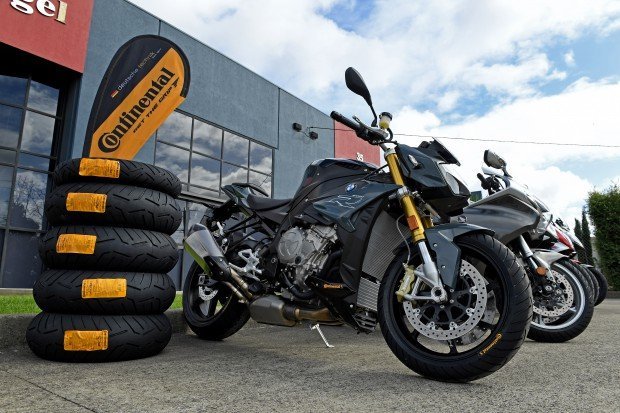 They had lots of spares.

Had I used them? Nope. But that has now changed forever.

Actually, I’m lying a bit. I had heard of them a while back. A few people I know and respect as very hard chargers were singing the praises of Continental Sport Attacks. And these people knew their tyres.

So I made it my business to find out some more about Continental tyres. Here is what I learned…

Firstly, Continental is not a bunch of naked Sri Lankan rubber farmers making tyres in a shed by pouring latex into earthen moulds.

Continental is much much more than you might have thought. 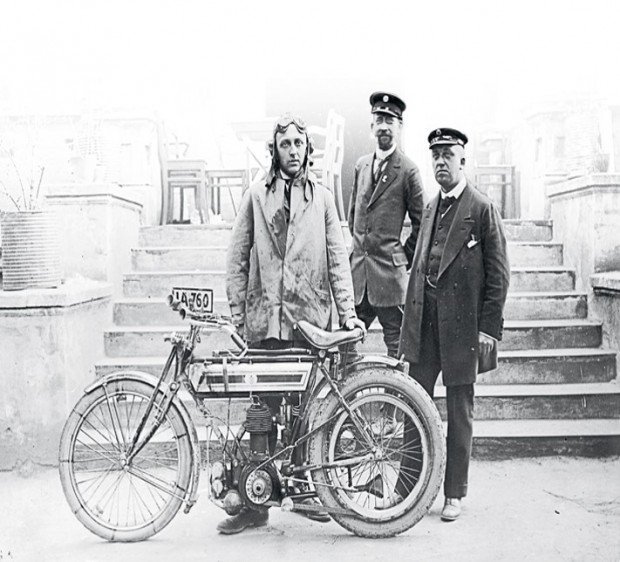 It is also a leading German automotive manufacturing company in its own right. Aside from car, truck, motorcycle and pushbike tyres, it makes braking systems, powertrain and chassis components, interior electronics and a whole bunch of other stuff.

And it’s been making motorcycle tyres for a long time, and has a few world championships under its belt, although they are somewhat lost in the mists of time.

In recent years, Continental began to address its motorcycle tyre manufacturing very seriously, and when Germans decide to get serious about something, astonishing things can happen.

If you’ve got a minute, Google Contidrom, where Continental develops its rubber. Ever wonder where the Euros go to test their bikes and their tyres? Google it and wonder no more. I’ve put the place on my bucket list. 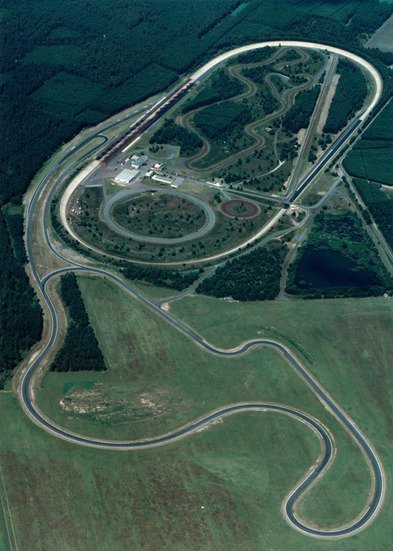 Yes, that is a banked section. Oh, yes.

So the Road Attack 3 is the third generation of Continental’s on-going effort to make the best sports-touring tyre on the planet. And yes, it certainly does have some competition out there – and like I said, motorcyclists are weird about tyres.

But after spending two days belting around some very pretty parts of Victoria, I reckon a lot of Australian riders should get weird about the Road Attack 3s. I’m certainly happy to be weird about them.

I rode over varying surfaces at varying speeds – some which it would not be wise to confess to – and through about four million corners.

I cannot speak specifically to the tyres’ longevity or its wet-weather performance, but I can tell you if it’s anything like how it behaves in the dry, it will be pretty damn fine. 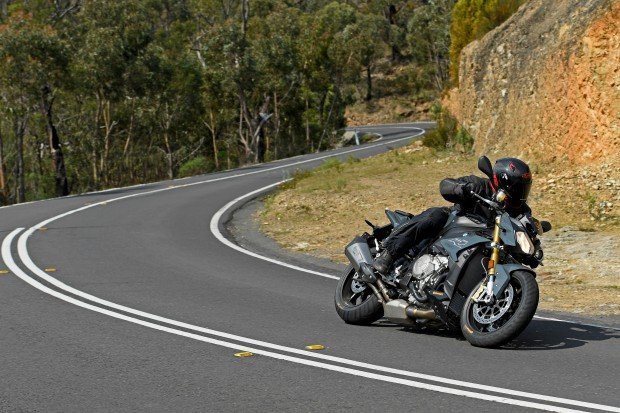 So many corners…so little time…

Continental was well aware of the previous incarnation’s (Road Attack Evo 2) wet limitations. It was less than ideal, according to many independent tests performed by European motorcycle media which actually knows what it’s doing when it makes these calls. Continental nonetheless won every independent European tyre shootout. According to these shootouts, the Conti Sport Attack beat the Bridgestone S20, the Pirelli Diablo Rosso 2 and the Michelin Power Pure D both from new and after 4000km. The Road Attack Evo 2 (the tyre this new and better Road Attack 3 replaces) beat the Michelin Pilot Road 4, the Pirelli Angel GT and the Bridgestone T30 – and this is despite its less than optimum performance in the wet.

But that was then and this is now. 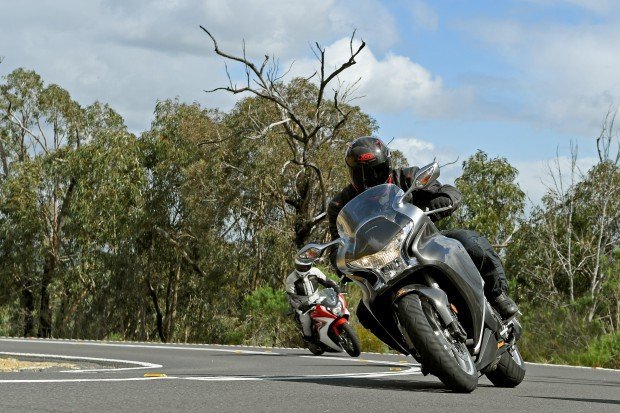 The Road Attack 3 comes out with a new and very dense molecular construction, a new tread pattern, a new compound, and its wet weather performance has allegedly improved significantly. The new groove technology promises better wear and far better drainage, which translates to higher stability and shorter braking distances. I’m a fan of that. The rear has a “slick” section down the middle to increase rider comfort and mileage, while the alternating width of the sipes greatly assists with drainage, apparently even while leaning in corners in the pouring rain. And bear in mind, this is a tyre designed to complement today’s electronically sophisticated motorcycles.

A tyre compound that works well in the wet needs to find the correct balance between Carbon Black (makes it sticky in the dry) and Silica (which makes it grippy in the wet). Too much of one and you’ve got a killer dry weather only tyre. Too much of the other and it will be great in the wet and crap in the dry. Continental believes the Road Attack 3 has got this nailed. The few wet patches I hit made me a believer. 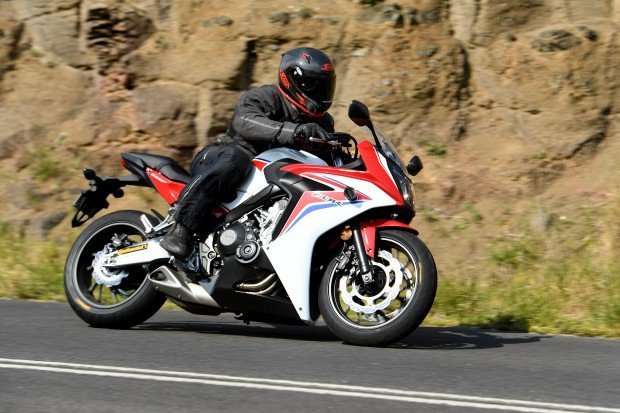 The tyre also offers what Conti calls a Multi-Grip compound. So there aren’t two different compounds on the tyre – just the one, which offers a seamless transition from the harder-wearing centre of the hoop, to the outside of the tyre where you want it to be sticky for maximum corner sexy. This also means far less of a drop-off in performance as the tyre ages and wears.

It also has Conti’s patented Endless Zero Degree belt carcass construction. This means great high-speed stability (true), minimal kick-back when you load the hoop up under hard acceleration or braking (also true), high levels of feedback to the rider (no idea, but I did not have a bad moment), and an ease of tip-in which you really need to feel to appreciate (yep, true too). 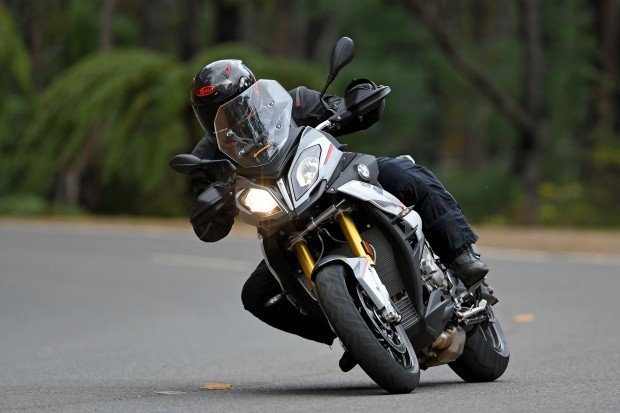 I didn’t crash this one, either.

There is also this thing Conti call EasyHandling. This is a controlled flex built into the sidewall of the hoop. If the sidewall is too stiff, the ride is too harsh but the handling is agile as hell. If it’s too soft, then the handling is shit, but it’s pretty nice to ride on. This is somewhere in the middle. You have great feedback and comfort and it’s still tips in beautifully.

And finally, there is TractionSkin. Continental states boldly and with good cause the Road Attack 3 offers “The safest and fastest break-in period of any tyre on the market”. It makes this statement on the back of the fact the brand new tyre has a textured surface, and looks and feels a bit like wet-and-dry sandpaper, and there are no greasy mold-release agents used in its production. So while you will have to put some heat in the tyre before the banging begins, this banging can begin a lot earlier and a lot faster than you ever imagined. And my continued existence on this planet is proof of this. I have never yet ridden a new tyre so hard so fast. Most impressive. And bear in mind, the blokes ahead of me were even faster. 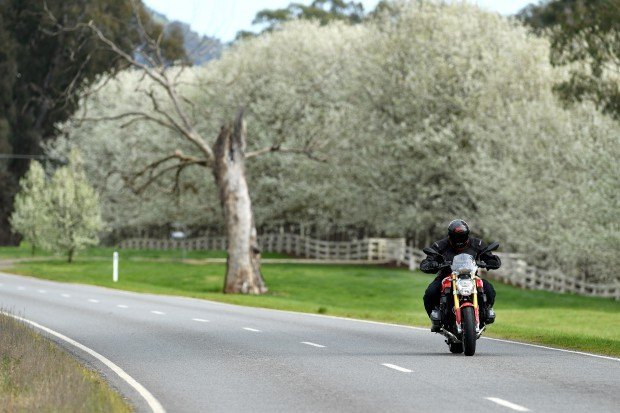 This was the “Very Fast” section.

Interestingly, the Road Attack 3 proved just as good on the entire range of bikes. From the old school heavyweight VFR1200 and its insidiously exciting V-Tec 127kW power delivery, to the hard-edged but brilliant savagery of BMW’s S1000R, to the elegant efficiency of the awesome R1200RS, and down to Honda’s little LAMs 600 (and boy, did that bike get a workout in that company), the Road Attack 3 was living rubbery proof the Germans at Continental had got it very right.

As I said, it didn’t rain during the press launch. Nor did I do huge kays. So I cannot, at this stage, comment on the Road Attack 3’s excellence in those areas. But I do have a set coming and they will be fitted to Suzuki’s screaming GSX-S750, which I will launch up and down the Oxley Highway a few times in lieu of being harassed on the way to the MotoGP at Phillip Island. 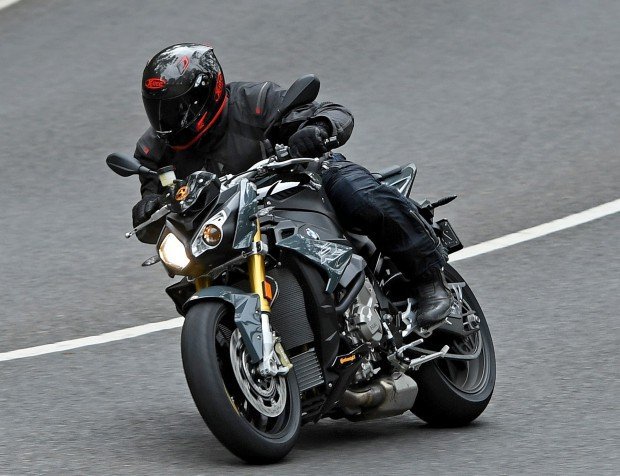 I know the Road Attack 3s are sensational in the dry. With any luck it will piss down and I’ll be able to tell you if the hoops are great in the wet. And how they feel after 3000km.

Personally, I can’t wait. It might call itself a Sports Touring tyre, but I would not hesitate to take the Road Attack 3 to a track day. It really is that good.

As for all you wonderful tyre weirdos out there. Give these Contis a crack. I bet you’ll love them.

Boon put a set of Conti Sport Attack 3s on his Aprilia a while back. You may read about that HERE and HERE.

ALL PICTURES BY JEFF CROW 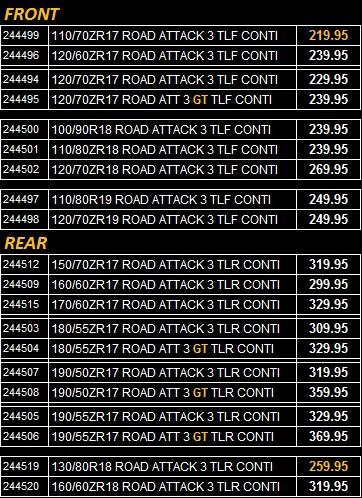 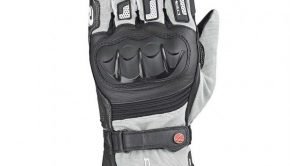