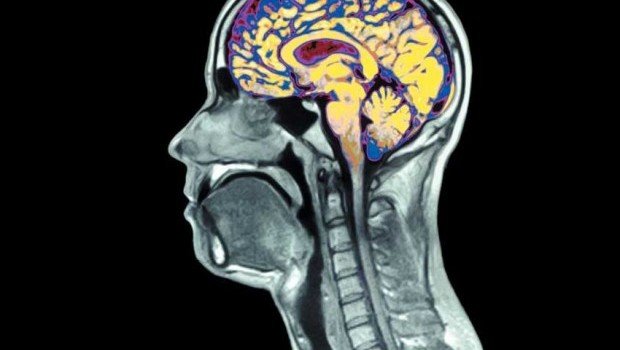 When a pathologist removes a human brain from a cadaver, he has to use a little cheesecloth hammock to hold it together.

Your brain is that fragile.

Your brain has the consistency of warm jelly, and it floats around in your skull in cervical-spinal fluid in a bag called the dura.

When the brain is smacked, bleeding and inflammation make it swell. Your skull is not flexible, so the brain pushes against the inside of the skull.

It tries to force itself out of openings like eye sockets and the base of the skull. This damages it more.

All of this is a Very Bad Thing. For that reason, most motorcyclists wear helmets.

A motorcycle helmet has two major parts: the shell, and the lining.

The shell is supposed to protect against abrasion. This happens a lot in real life. Four out of five times, a helmet will hit a flat road surface only in an accident.

But the important stuff is on the inside.

The lining is usually made out of expanded polystyrene, or EPS. This is the same stuff stubby holders are made of.

Once the shell has done its job of making sure that the road isn’t grinding a hole in your skull, it’s the job of the EPS to minimise G forces on that delicate, mushy brain of yours by slowing it over the greatest possible distance.

One would think, then, that the perfect helmet would have about 15 centimetres of soft, fluffy expanded polystyrene to give your head a nice slow ride to a stop. But, there’s a limit to how big you can make a helmet without it being too heavy, too wind-resistant, and impeding your ability to get through your front door while wearing it. Not to mention impeding your peripheral vision and making you look like a dork. 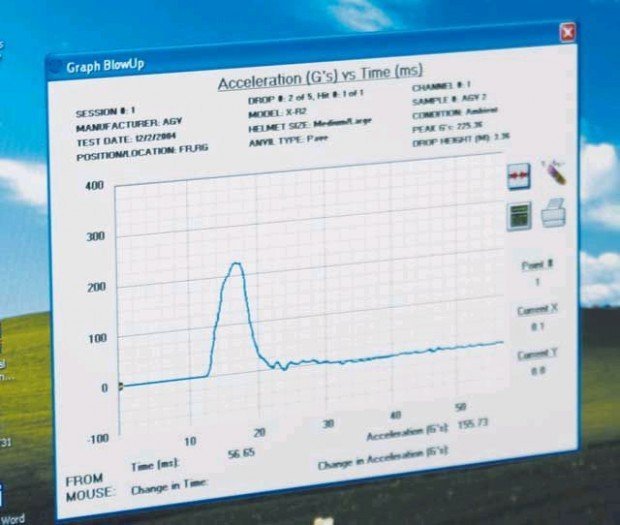 It’s generally accepted that exposing a human head to more than 200 Gs of force for over 2 milliseconds is a bad idea.

So, various organizations test helmets and try to put how good they are into numbers.

For example, Snell uses a magnesium headform with an accelerometer in it, and drops it onto a metal anvil. This simulates a rider falling, and indeed most helmet impacts are from the rider falling onto a road rather than hitting a tree or car or something with his or her head.

As always, though, raw G numbers is not the whole story. If force is delivered to your body such that your brain experiences 300 Gs, you’re in serious trouble. Snell has been saying since about 1985 that if you were in a crash while wearing a Snell helmet and died from a head injury, there were almost certainly several other body injuries that would also have killed you.

But, all of the tests are deficient or divorced from the real world in some way. From what height must a helmet fall in order to simulate the most common types of accident? Should the tests simulate the most common type of accident, or the most dangerous type? Why does Snell test the helmet for penetration by two blows on the same spot? How often does THAT happen in real life? Why is there so much emphasis on G force and none on twisting movement, which has probably put more riders in wheelchairs? Why do Snell and AS 1698 specify a maximum acceptable force of 300 G in their tests, when 200G is where brain damage starts?

Snell has a very good reputation as a helmet standard. They are very good at promoting themselves, and they were one the first major testing organizations.

The US Department of Transport has a standard, too, called DOT. 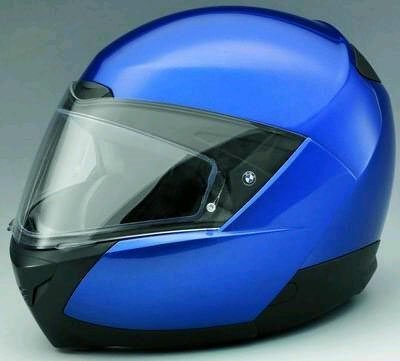 DOT was sneered at for a long time. DOT is a government standard, and everyone knows that governments are to coolness what panty hose is to sex. And the other problem was that there was no penalty under law if a manufacturer put a DOT sticker on a helmet which was not DOT compliant. So the use of the DOT sticker was on an honour system. Sort of like the law against murder – you only get punished if you break the law and get caught. I don’t have a big problem with that. They’re American, for God’s sake, and you can imagine how many lawyers would be trailing the ambulance containing the first guy who crashed inside a non-DOT approved helmet with a DOT sticker on it.

But, DOT has a lower acceptable brain G force rating: 250 G as opposed to Snell’s 300 G, so it is more stringent than Snell in its cushioning, though less so in penetration.

In the real world, going faster when you fall doesn’t mean your helmet takes a harder hit. The majority of head impacts are with a road, and the energy is proportional to the height the rider falls, not the forward speed at the time. A high-speed crash may involve a lot of sliding along the ground, but this is not particularly challenging to a helmeted head because all modern full-face helmets do an excellent job of protecting you from abrasion.

Most modern helmets are pretty damn good. Plenty carry Snell, DOT and AS1698 certifications all at the same time.

So, buying a helmet?

As far as the shell goes, polycarbonate is way lighter than composite (fibreglass/Kevlar etc). It slides better on the ground. It absorbs about the same amount of shock. Motorcyclist magazine ran some tests a couple of years back and found to their surprise that when a fibreglass helmet was struck, the flex/crush/delaminate process actually absorbed slightly less energy than the flex of a polycarbonate helmet. But, there wasn’t much difference.

Gratuitous helmet advice:Dropped your helmet? Don’t worry. If the helmet is empty and has a fall from a metre or two, it doesn’t change the shell strength. 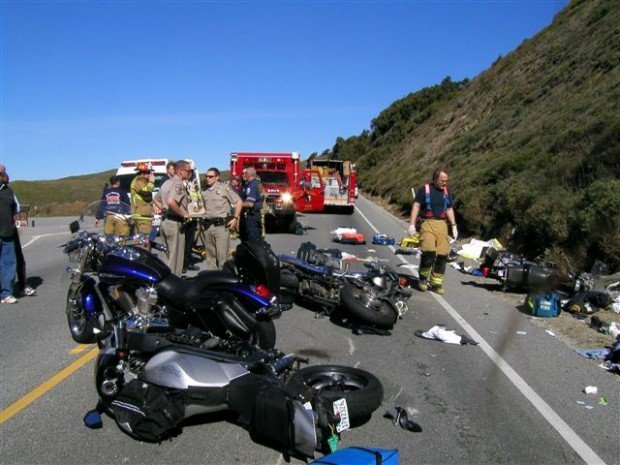 Had your helmet over 5 years? Replace it. Expanded polystyrene compresses. Compressed polystyrene doesn’t expand, unless you have a lot of expensive machinery.

Want to get a second hand helmet? First, cut the helmet in half with a hacksaw and check the lining thickness. Then throw both halves away and buy a new helmet.

Don’t use your mirrors as a helmet stand. It compresses the lining.

Buy a helmet that is Snell, DOT and AS1698 compliant, comfortable and attractive. Spend whatever you feel comfortable with — cheaper isn’t necessarily worse, subject to the standards compliance.

And finally, the different testing methods used by the standards organizations, combined with your experiences, your friend’s experiences, advertising, and cool paint jobs creates endless opportunities for discussion and debate.

Get yourself a cold one and head over to the BIKE ME! forums. It’s the right room for an argument.