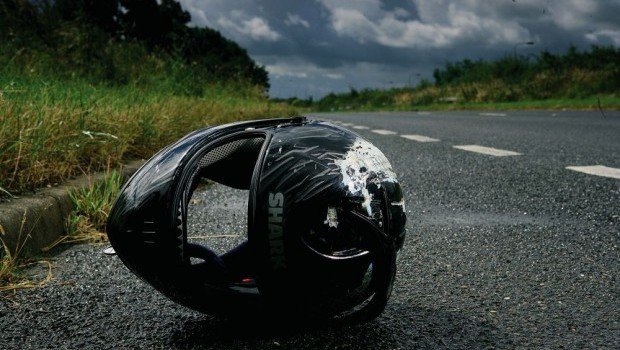 Motorcyclists, as a general rule, are not particularly good at accepting responsibility for their own safety. No doubt this generalisation will cause some angst among the ‘brothers (and sisters) of the handlebars. However, the reality remains that every time a rider unceremoniously ploughs into the side of a car, spears off into the undergrowth, or rolls arms a-flailing under the screeching wheels of a truck, the inevitable excuses and abrogation of responsibility spews forth.

“She was tending to her wailing brats in the back of the 4WD and not paying attention!”

“The grey nomads spat gravel all over the road!”

“The council didn’t fill in that pothole!”

While many a rider has come unstuck through dodgy, poorly maintained roads, many more fall foul of inattentive, inexperienced, careless or fatigued drivers.

In these cases, the righteously injured motorcyclist feels vindicated declaring they were not ‘at fault,’ and there was nothing they could do to prevent the crash and consequent injuries.

While the concept of ‘not at fault’ may, in some cases, technically be true, where ‘at fault’ refers to ‘legally at fault’, the law, and indeed, society in general, holds a far more flexible view on who is responsible for the safety of those on the road.

The ‘responsibility’ for injuries or damage sustained in the event a rider and his/her motorcycle sails ingloriously into the air and crashes to the ground in a heap of broken plastic, bones and egos, is far more complex than many riders realise. Unfortunately, no amount of yelling at clouds takes away riders’ legal and social responsibility to look out for themselves on the road, no matter who they think is ‘at fault’.

‘Fault’ and ‘responsibility’ are two terms often, and erroneously, interchanged by riders and drivers. However there are two distinct concepts at play riders must be aware of and understand if they are to have even the slightest amount on credibility in conversation.

When riders refer to ‘fault’, they usually mean ‘legal fault’, as in the other party broke the law, or had some kind of legal duty to not injure them in the crash. However this does not necessarily mean the party ‘at fault’ bears the full responsibility for the actions which caused the injury.

‘Personal responsibility’, often mistaken for ‘responsibility’, which is interchanged with ‘fault’, refers to the personal onus each road user has to take care of the safety of themselves and those around them by not causing their own crash and injuries, and not causing another party to crash or be injured.

‘Personal responsibility’ goes above and beyond the legal duty of care to other road users, and is of vital importance to motorcyclists who do not wish to end up living their days’ spoon fed through a tube, or having their ashes scattered around a race-track.

It is often said that it matters not who is ‘ at fault’, if you’re the one lying in a hospital bed with a ruptured spleen, bones protruding through your calf and ribs jabbing your lungs.

Of course, ‘legal fault’ still matters, but only in so far as who will pay, in monetary terms for the damage, and who may face criminal charges, if any are laid at all.

However, ‘personal responsibility’ matters in every case.

Despite all the laws, road rules, and regulations in the world, nothing can protect a rider from the often terrible outcomes involved in bearing the brunt of the careless actions of another road user. And compliance with the road rules will not necessarily prevent a rider being held responsible for asserting their ‘right of way’ and pulling out in front of an oncoming truck.

All the money in the world in compensation will not make a leg grow back. All the charges and prison time in the world will not adequately make up for a life lost, or a lifetime of chronic pain or incapacity.

And this is why ‘personal responsibility’ is so important. A rider who leaves his personal safety in the hands of other road users is foolish. It matters not that ‘other people’ should obey the road rules. It is irrelevant that the man in the sedan should have given way. It also doesn’t necessarily matter if the rider complies with the law, if they should have foreseen that continuing on the same path would result in a collision.

It is incumbent on every motorcyclist to assume that those around them, cannot see them, or don’t care if they can.

While the basic principles of ‘personal responsibility’ are lost on many riders, those who do voice such views are often contradicted with the resounding chorus of “but it’s not my fault if …”

Yet ‘legal fault’ is still not so clear as riders like to think.

Legal fault in the case of motor vehicle crashes is dealt with under the law of ‘negligence’.

A person has acted negligently if that person has not acted in a way expected of a ‘reasonably prudent person’ acting under similar circumstances.

While legislation exists in every state and territory with regards to negligence, liability and ‘civil actions’ (torts), the ‘common law’ principles of negligence when determining ‘fault’ are still applied when it comes to making a claim in the court for damages for injury.

And ‘who broke what road rule’, may not even play a part in the consideration of the honourable Judge when they decide who is ‘legally at fault’ for the injuries.

Additionally, ‘contributory negligence’, a legal term which describes how an injured person may have contributed to their own injuries, usually plays a large part in determining just how much compensation an injured rider should get.

The following passage from the High Court case of Sibley v Kais (1967) 118 CLR 424 demonstrates the way the court views those who attempt to abrogate themselves of personal responsibility because of another’s failure to comply with the law.

‘These regulations in nominating the vehicle which has another vehicle on its right as the give way vehicle are undoubtedly salutary and their breach is deservedly marked with criminal penalties. But they are not definitive of the respective duties of the drivers of such vehicles to each other or in respect of themselves: nor is the breach of such regulations conclusive as to the performance of the duty owed to one another or in respect of themselves.

The common-law duty to act reasonably in all the circumstances is paramount. The failure to take reasonable care in given circumstances is not necessarily answered by reliance upon the expected performance by the driver of the give way vehicle of his obligations under the regulations; for there is no general rule that in all circumstances a driver can rely upon the performance by others of their duties, whether derived from statutory sources or from the common law.

What does this mean in practice?

Self-righteously declaring that another party is ‘at fault’ because they broke the road rules is completely pointless and demonstrates a complete lack of understanding of the responsibility all road users have as sharers of the road.

Conversely, sanctimoniously exclaiming that because the motorcyclist obeyed all the road rules, they had no part to play in their own injury, also demonstrates a failure to appreciate the nuances of ‘duty of care’ and ‘personal responsibility’ and how it interrelates with the law of negligence.

If a motorcyclist is involved in a crash with another vehicle and has obeyed all the road rules, they may still be found partially responsible for their own injuries.

If a driver has obeyed all the road rules, and finds a rider suddenly implanted in his windscreen, he may still be found responsible for that riders injuries.

If both parties have obeyed all the road rules, one or both may still be found legally responsible for the injuries of themselves or the other party.

In each case, a finding of fault is determined by taking into consideration ‘all the particular circumstances of the case’, bearing in mind that the ‘common-law duty to act reasonably in all the circumstances is paramount.’

Naturally, there are occasions where the driver of a car involved in a smash with a motorcycle may be found fully responsible and ‘at fault’ at law. But that is no consolation to the motorcyclist who may suffer crippling and debilitating pain and incapacity for the rest of his or her natural days.

Motorcyclists, as the road user almost always more likely to come out worse off in a crash, must go above and beyond the ordinary duty of care that they owe themselves and other road users, and do everything possible within their power to protect themselves on the road.

Motorcyclists must take ‘personal responsibility’ for their own safety. This goes above the common law concept of ‘duty of care’; this is a matter of self-preservation.