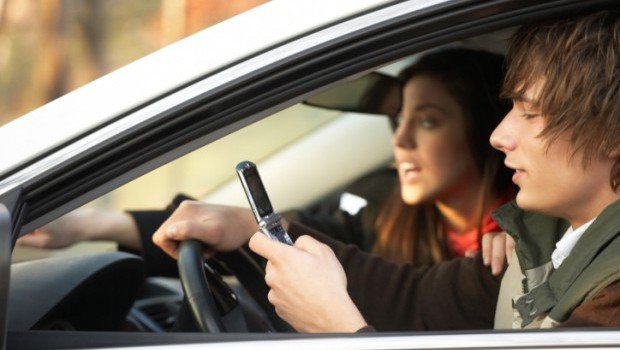 I feel they are one of mankind’s most useful inventions.

They are a communication device par excellence – provided you’re with Telstra, not in a lift, and somewhere near a populated area (which does not include Lithgow).

But they are far more than just a means of communication.

When you hold a Smartphone in your hand, you are holding the sum-total of human knowledge, which, via the Internet, is yours to access.

Paradoxically, and also via the Internet, you have access to the sum-total of human idiocy, primarily through that semi-sentient midden of grandstanding sludge, puerile self-importance, infantile angst and no-consequence chest-beating, known as Facebook.

But on general principles, and purely as a tool, the Smartphone is a thing of great beautness. 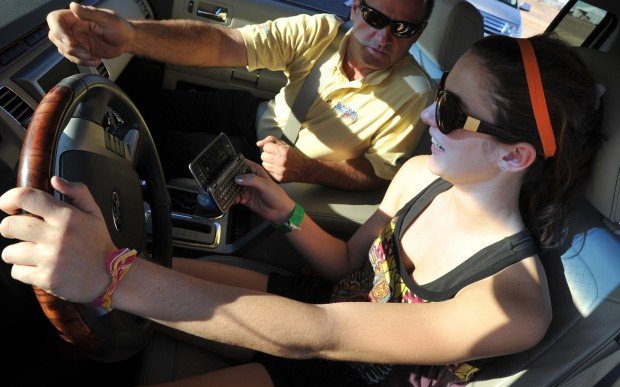 And then he slapped her across the chops.

Life is certainly possible without one. I am a living testament to that, having lived (rather savagely and with added flavour) in the time before the coming of the Smartphone.

But they are here now – and that, fellow travelers, is pretty much that, isn’t it?

Unfortunately, as far as motorcyclists are concerned, when these Smartphones are being used by the blank-eyed scat-eaters in their cars, shit gets very real for us.

Personally, I do not have a problem if someone has a phone jammed up against their ear and is talking as they drive one-handed. We humans are clever monkeys, and we can normally multi-task with ease. It is certainly not very hard to talk and to drive – even one-handed.

But what humans cannot do, primarily because we do not have a second set of eyes on the top of our heads, is to type text messages and drive.

Yet this is exactly what we continue to do.

I see it every day as I commute to work.

From my vantage point on a bike I can peer into people’s cars and normally do, especially if there’s a great set of babe-legs flowing out from under a short skirt to peer at. But I see much more than firm, tanned girl-thighs in my travels. I see countless shit-tards, of all ages and sexes (some with great legs), texting on their Smartphones.

Maybe two or three cars in every ten has this going on. And that’s a lot.

Many do it surreptitiously; the Smartphone on their lap, their eyes darting from it to the road ahead with palsied fervour.

But some do it openly and blithely because they just don’t give a fuck.

Sure, the texters all know it’s illegal. The fines are hefty because even our owners understand that not looking at the actual road when you’re driving on the actual road is a stone-cold recipe for major yuckiness.

But the penalties don’t stop the thumb-tapping phone-vermin. At all.

Like I said, they just don’t give a fuck. 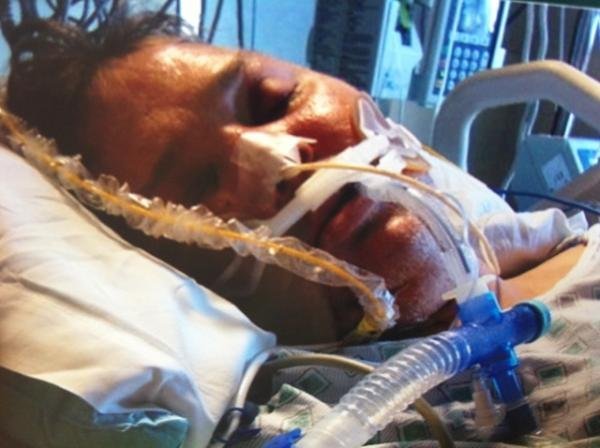 No longer able to give a fuck.

Whatever it is they are tapping – and it can only be a critical message to someone important, or a vital update on their Facebook status or Twitter account – whatever it is, it is obviously so time-crucial and significant, they are prepared to commit blood-drenched manslaughter in order to carry it out.

It’s either that, or they are such complete and utter, world without end or hope, self-obsessed cunt-stains, that their pathetic little lives cannot continue without their constant and pitiful Smartphone inputs.

And because of this, motorcyclists are killed and maimed – certainly not in vast numbers, but that is hardly the point, is it?

The death of one motorcyclist due to someone being a self-indulgent piece of Smartphone-tapping sub-human sewerage is one death too many.

Sometimes I smash my mailed fist against their window and scream at them, promising to cut their faces off with a knife I stopped carrying years ago (which they cannot know), or harm their children.

Sometimes I smile pleasantly, request they roll their windows down, then ask them if they’d enjoy having their phone shoved so far up their waxed vaginas, it would appear as a third lung on an X-ray.

Sometimes, I just pull up next to them and depress the horn button beside their window, which only works if the horn is loud. Alternately, I bounce the bike off the rev-limiter, but that only really works if the bike has a good pipe. Otherwise it just sounds like I’ve gone mental and forgotten how to ride.

What I would like to do is something else entirely.

What I really want to do to them is to teach them the value of another person’s life.

And the only way I feel that can be done is to reduce the quality of their life. 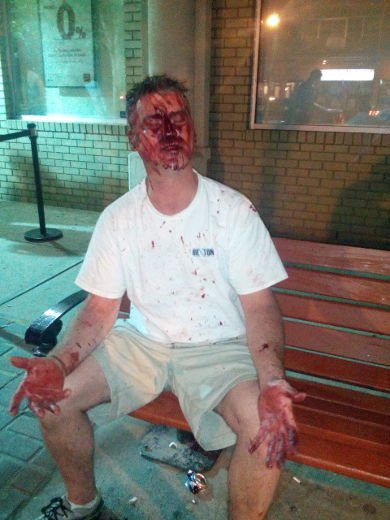 I want to take a steel motorcycle axle and slowly, but viciously, bludgeon them into twitching, moaning, years-long comas. I want to know their children will stand red-eyed and weeping by their soiled hospital beds as they unconsciously shit and piss into plastic bags.

I want to force their irresponsible, rider-murdering heads into the space made by the car door I just opened, and listen to their gurgling howls as I repeatedly smash that heavy car door into their stupid, blank faces until all semblance of their humanity is removed and their heads resemble bags of steaming, rancid chick-mince.

I want to rip their eyes from their skulls and hurl them across the road, and make them blindly chew their texting fingers from their broken hands with the ragged shards of their once-perfect teeth which I have just then smashed with my helmet.

I want to drive thick meathooks into their wrist-joints and drag them behind my motorcycle, tumbling and screeching and spraying rich fountains of arterial blood into the sky until they choke miserably on their mutilated and dissolving organs.

I want to…well, never mind. You get the idea.

My wants are all variations on the same theme.

Are you shocked? Are you appalled?

Yeah, well maybe you should be.

I am also shocked and appalled.

But not for the same reasons you are.

I am shocked and appalled by the level of restraint I have thus far shown these disgraceful texting shitcunts.

Maybe my age and the perspective it provides has something to do with.

Or maybe critical mass has not yet been reached.