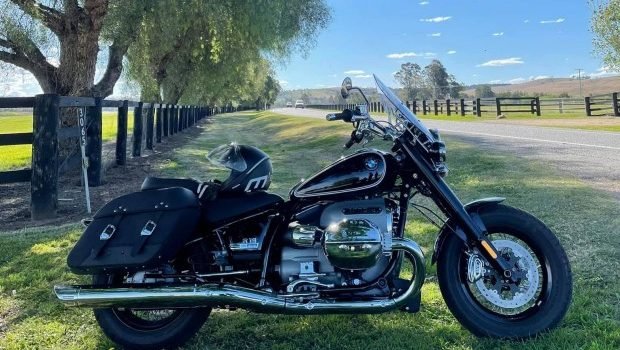 Once again, please accept my apologies for the images. My regular photographer, Nick, is trapped by the Plague in Sydney, though that’s going to change shortly and normal transmission will resume. 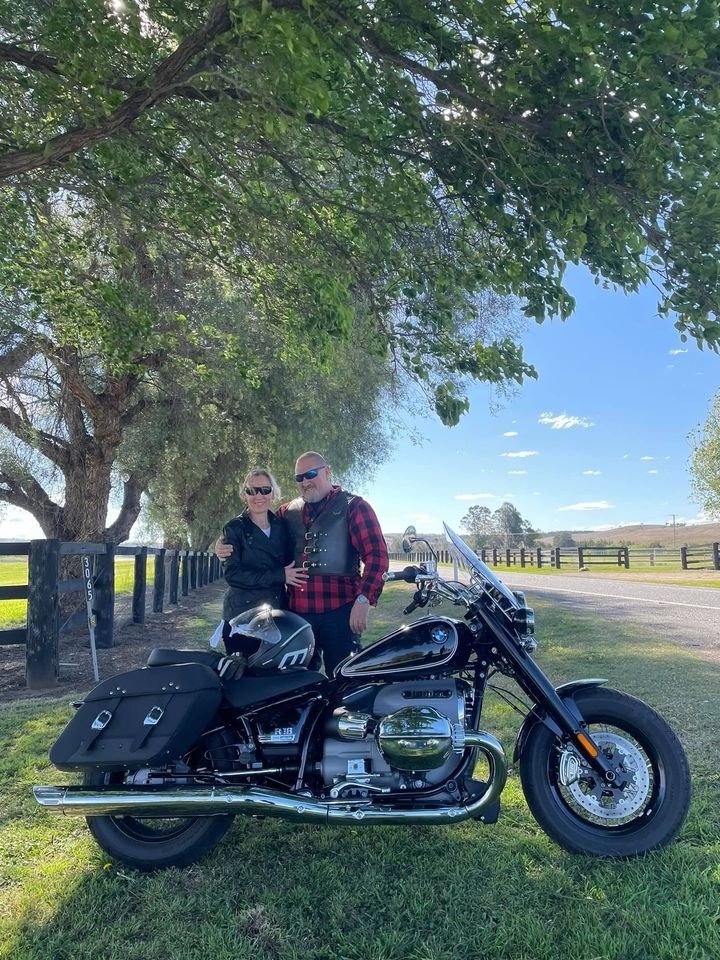 She always rubs my belly for luck. And to fat-shame me.

I have already done an extensive review of BMW’s intriguing and very engaging foray into the cruiser market HERE.

This iteration of the R18 reviewed at the above link has been dubbed the “Classic” and I’m thinking it’s somewhat of a stop-gap model between the bare-bones R18 and the soon-to-be-here R18 Transcontinental and R18 B (the bagger version).

The Classic differs from the base R18 only cosmetically – so that’s what I need to address. The mechanical essence of the R18 is unchanged – all that’s different is the deployment of that essence. 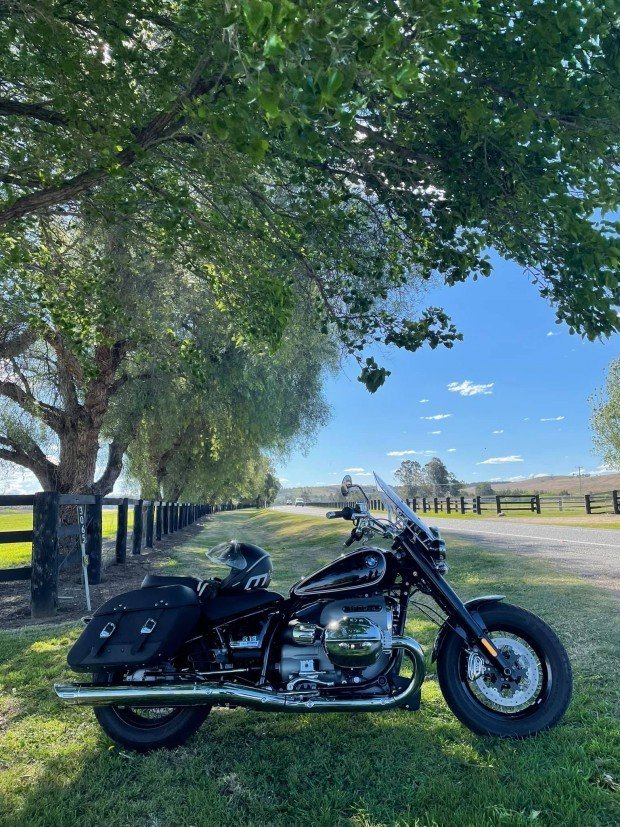 The Classic is a great statement of road presence.

I was a fan of the R18 the moment I heaved a leg over it, thumbed the starter, and felt it surge to the right like it was trying to shrug me off. The biggest Boxer ever made is all engine, and while it makes certain understandable and expected compromises in terms of ground clearance, it is a hugely competent package in a niche long dominated by American V-twins – which are, ironically, hugely more compromised than the German effort.

Can you guess whose brakes, suspension, and handling package is superior in every way? I’m sure you can.

So what the Classic offers you is a pillion seat and pegs, a screen, some driving lights, two big semi-soft bags with waterproof internals, footboards and a concomitant heel-toe shifter. The exhaust pipes are also different – and there will soon be some throatier options available, and the world will hear the bests-sounding Boxer ever made. 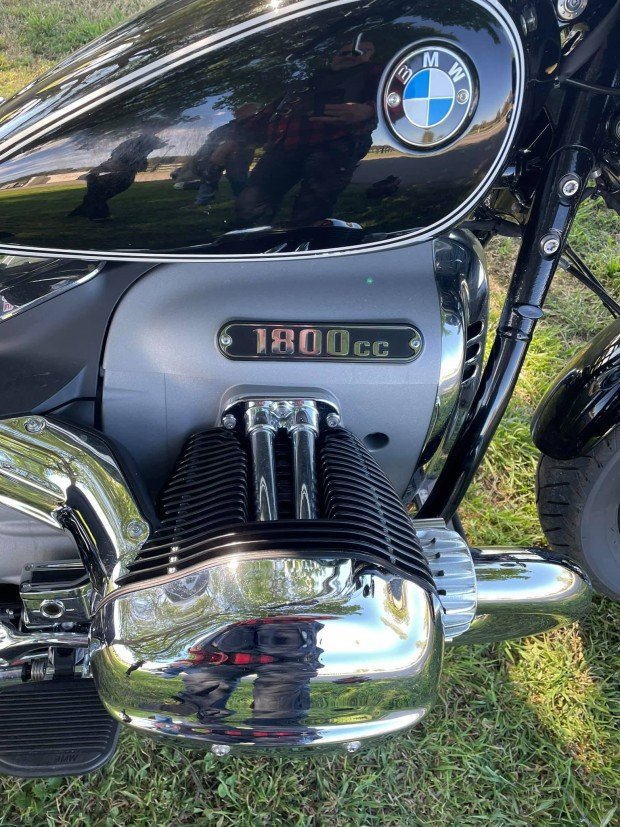 And while I can and do applaud the 15.5-litre bags – which are cleverly of the same feel and look grain-wise as the seat, and can obviously carry a good deal – I was scratching my head and frowning at the heel-toe shifter, but I’ll get to that in a sec.

The extra lighting is welcome. This is Australia. We have too many wandering nocturnal beasts. The R18’s lighting is pretty good at night, provided you keep your progress in the “dignified” range.

The pillion seat evinced no complaints from my wife, Lynette. And she was very pleased with the bike’s very low height, which made it easy to get off and on for both rider and passenger. I very much like this about the R18 too – it’s a true low-rider. 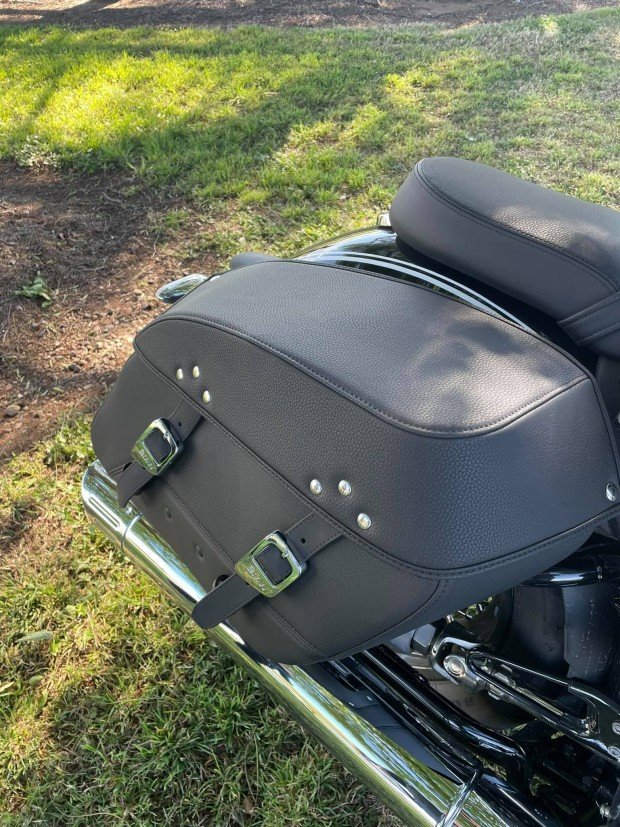 It tours effortlessly – solo or two-up. The suspension is adequate, though you can unsettle the back if you’re touring in the 120-plus range or in a hurry to find a toilet for your pillion. You’ll get at least 280km out of a tank, and you’ll be leaving it “Rock” mode all the time.

It has three engine maps – Rock, Roll, and Rain. It’s always the Rock map. I don’t even care what it feels like in the other two maps. This is not some tetchy 200-horse firebreather that needs computer management to not kill you. So Rock. Always Rock.

But here’s where the Classic didn’t Rock for me. 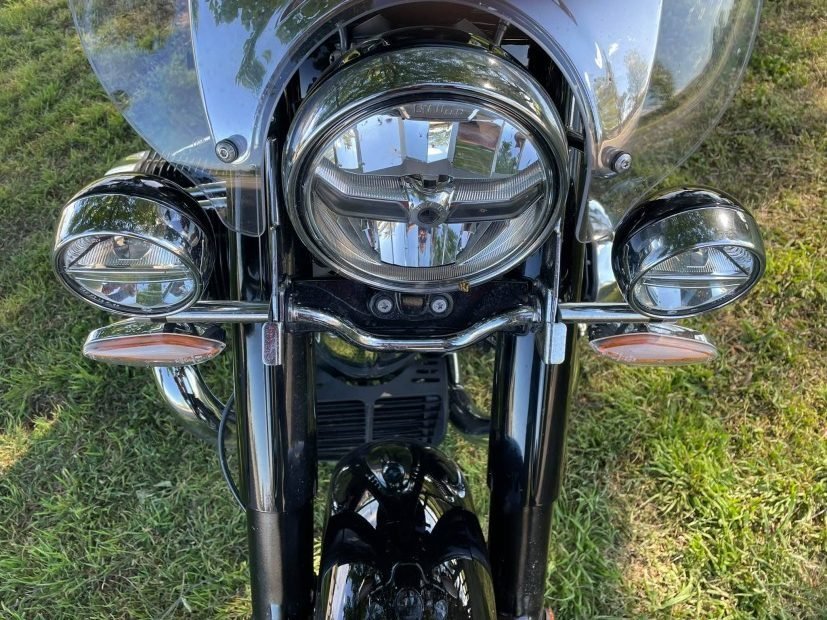 There is a goodly amount of lumens on tap.

The screen is steeply raked, so it directs some rather unclean air into your face…well, my face. I’m bang-on six-feet tall. If you were taller, the turbulent air might be hitting you in the neck. If you’re shorter, then it would be going over your head. Both are better paradigms than a face-full of buffeting. The screen is, of course, rock solid. That’s a great thing. Some of the American bikes have screen that vibrate so badly they give you epilepsy.

The solution is to make the screen adjustable. Or get a surgeon to remove a few vertebrae from your neck. In all honesty it’s not such a biggie. It’s more an observation than a complaint.

But I’m gonna complain about the heel-toe shifter. 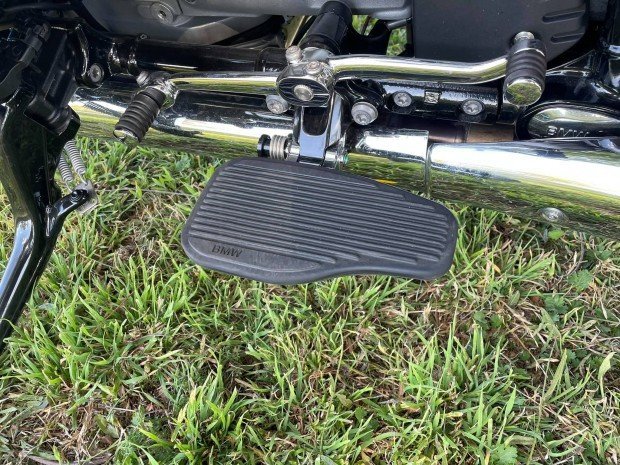 There is not much adjustment available. So I have to ask why? Tea, is the only answer.

Small footboards adorn the Classic. I felt the ground-clearance has been slightly compromised by this. I found myself grinding down a touch earlier than I would be with the pegs fitted on the standard R18.

Again, this is not really a complaint. But when coupled with the heel-toe shifter, I found myself struggling to down-shift with my usual grace and elan.

The issue is that there’s not a lot of room for your feet under those massive cylinders. Still, BMW was clever enough to make it easy to shift gears up and down on the base model. On the Classic, you have to move your foot back along the footboard to heel the shifter down.

My old Harley had this. So did my old Postie bike. I worked around this anachronism – which is what it is – by not using it. 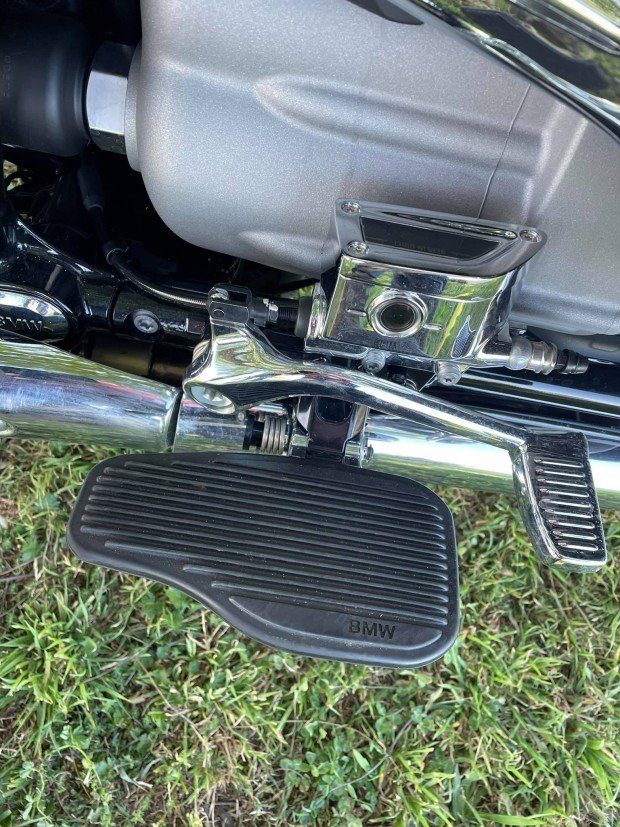 The rear-brake lever, by contrast, is just fine.

But you have to use it on the Classic because it’s very hard to get your toe over the “toe” part of the shifter if you want to shift down in the normal motorcycle way. You pretty much have to use the heel part to down-change. And you have to move your foot a bit to do it.

Now this is perfectly fine and olde school and quirky, if you’re the kind of rider that promenades through life smelling the roses and being applauded by the Highway Patrol.

But if you’re the kind of rider that listens to his demons far too often, and gives in to their demands now and again, and thus wishes to engage in…um, spirited riding (which the R18 is perfectly capable of within its design parameters), then you’re going to struggle with the heel-toe shifter. 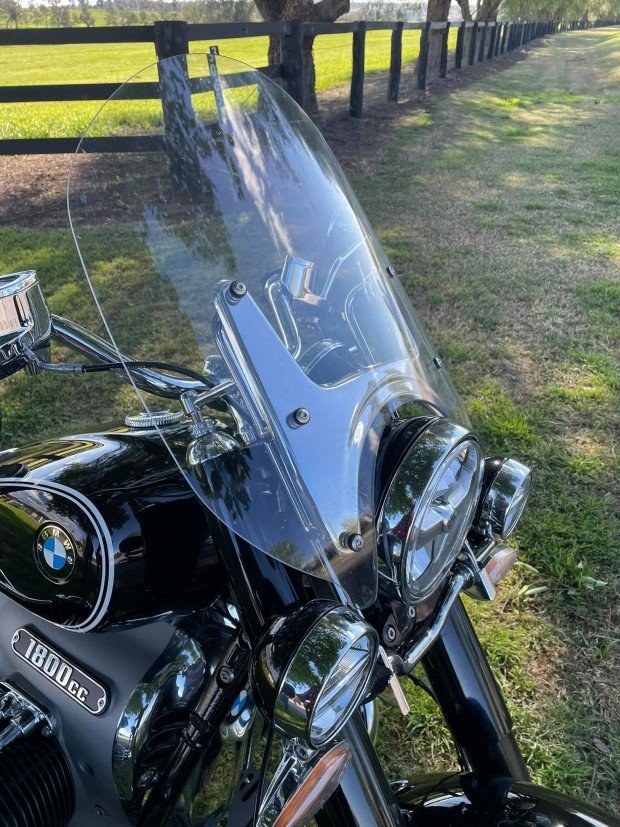 Yes, there’s enough torque there (158Nm at 3000rpm) not to need to down-shift all that often. So the issue I’m having is maybe not the issue you’re going to have. We all ride differently. And my rat-bastard runs deep.

I’m pretty sure BMW will address this when its Transcontinental arrives. I’m looking at pictures which don’t show me a heel-toe shifter – and I am very keen to see that amazing motor in a true grand tourer with all the bells and whistles.

Of course, there is nothing preventing you from buying a base R18 with the footpegs and normal shifter, and sticking the pillion seat and pegs, bags and lights on it. BMW is flexible like that, and prospective buyers should indeed check out the Option 719 link on the webpage.

I’m left thinking maybe BMW made the Classic for gentle souls. People who are never in a hurry, who frown at bad language, and have friends who drink tea.

And that’s fine. Because BMW also make the base R18, and my friends cannot even boil water to make tea without burning down a building.

Maybe ride them both and see what kind of friends you’d like in your life.

CHECK OUT PRICES, OPTIONS, COLOURS, AND MUCH MORE HERE.