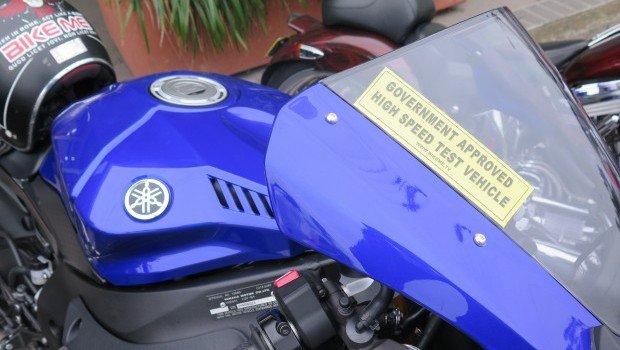 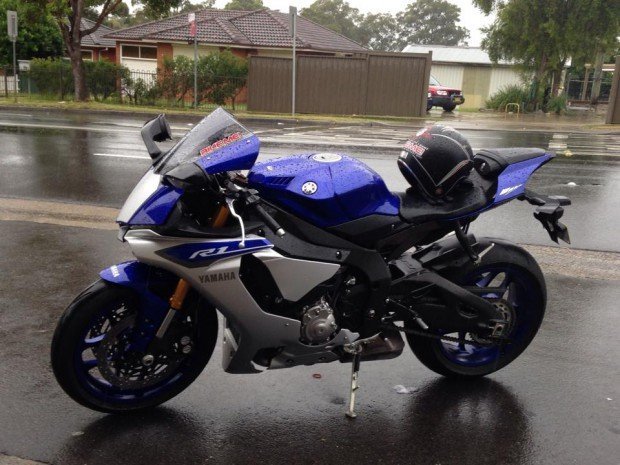 Look, the Traction Control is not working in this image.

Any day starts better if it starts with burek.

Thus my Good Friday at the Bankstown Bike Show started with burek.

I took Boon, because Boon had never eaten burek and he was going to kill things at Daz’s property later that day, and such days also begin better with burek.

So we did that and then I went to the bike show.

I rode there at the speed limit, mostly. Mostly all is all I can do these days.

Someone should start an on-line petition about this speed-limit shit.

Anyway, so I took the R1 to the last remaining outlaw motorcycle club bike show in this country. 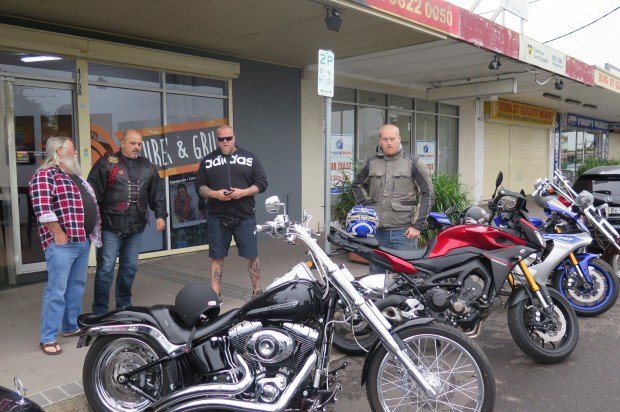 From left to right: I do not know, Freddie, Elvis, Boon in a post-burek haze.

Contrary to some myths, one-percenters do not burn Jap bikes upon sighting them. Many of them are harcore motorcycle nuts and appreciate great engineering, MotoGP racing, and speed, power and corners as much as any motorcyclists do. Some of them even race non-Harley bikes. That they also enjoy customising motorcycles, turbo-charging motorcycles, supercharging motorcycles and crazy bitches in bikinis only makes them less one-dimensional than so many other motorcyclists.

So lots of people came to look at the R1 where I wedged it between a bunch of Harleys, and expressed the same views that any other motorcyclists would express.

“Fuck that,” was expressed.

“That looks incredible,” was also expressed.

“Bet that goes like fucken mad,” was likewise voiced.

In all, the response was positive.

Then Elvis and I decided to go eat more food.

And I went for a bit of a ride in the rain and poked at the edges of the R1’s staggering electronic arsenal.

“That cheating!” I hear you say. “My right hand is all the safety blanket I need!”

ABS and/or Traction Control only has to save your shit once, and you’ll change your mind so fast you’ll be left dizzy and blinking.

It’s not cheating. It’s technology. And if you come up against it, you will lose.

If I can brake harder into a wet corner, and lean a little further on crazy soft Dunlops that are roosting water, then I shall win. I like winning. It makes my balls tingle.

I also like pinning the throttle off the lights in the pouring rain and not being subjected to anything but acceleration and traction. Both of which mean that I’m winning again.

Yes, alright, you don’t have to like it or buy bikes that have all of that. I’m just telling you how effective it is and how confidence-inspiring such aids are for a mutt like me. Because I am old, my tendency is not to trust such sorcery. So mostly I don’t. But when I do, I am rewarded with amazing things.

The R1’s electronic intrusion (for want of a better word) into your riding kung-fu is seamless. Once upon a time when the ABS kicked in, you could feel it juddering through the levers. No more. It’s pretty amazing.

So I rode around on a very wet Good Friday on pretty much deserted roads at the speed limit…mostly. And I rode with precision and confidence – and much, much faster and smoother than I would have on a bike that was not fitted with such brilliant technology.

Oh, and I brought some burek home and ate more of it.